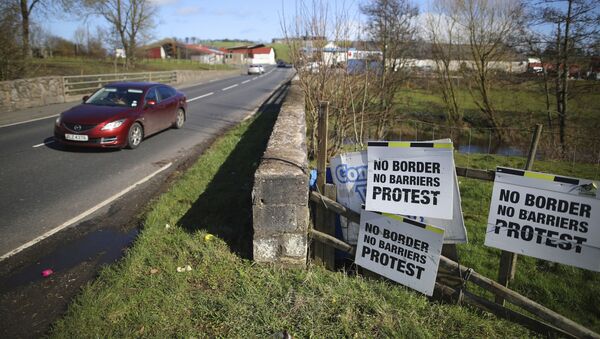 Despite a majority of the discourse surrounding the potential impacts of Brexit centring around the UK and how it will either be beneficial or detrimental to the British economy, it could also prove to have a huge effect on Ireland, which is in many ways the UK’s closest neighbour within the bloc, both culturally and in terms of trade.

Pro-Remain MPs in the House of Commons have spent the past three years proclaiming that a no-deal Brexit could undercut the 1998 Good Friday Peace Agreement and lead to the implementation of a hard border between Northern Ireland (Which is part of the UK) and the Republic of Ireland and hence a potential return to the violence that plagued the Emerald Isle throughout the 20th century.

Parliamentary Brexiteers, on the other hand, often claim that both the said pro-Remain MPs and Irish Taoesaich Leo Varadkar, have weaponised the issue in order to ensure that Boris Johnson’s predecessor as British Prime Minister Theresa May’s deal would finally be approved.

A divorce bill, which the likes of House of Commons Leader Jacob Rees Mogg have dubbed Brexit in name only, that would essentially tie the UK into all of the EU’s rules and regulations, only with no say in future policy making.

Ray Kinsella, a former UCD professor and economist, argued that any claim violence could break out following Brexit is nothing more than scaremongering, but that its effects could hit the local economy in the short term.

“Obviously there will be an impact, but some of it will be felt in the uncertainty of investment that’s deferred, uncertainty in the currency markets and in serious changes in the supply chain and logistics, they will suffer from the imposition of borders".
“There will not be, in my view, a return to violence in Ireland. I believe that this phase of history is decisively over, and the preconditions that were there in the 1960s and 1970s and even 1980s have gone”.

“I think there will be an impact without doubt on the Northern Irish economy, but to represent this as a threat to the 1998 Good Friday Peace Agreement and a return to violence seems to me to be completely wrong, it’s a wrong reading of history”.

Kinsella added that the Irish government, led by Taoesaich Leo Varadkar, could have taken a more open stance in the ongoing Brexit negotiations, and not necessarily put their full trust in the EU, given its past policy failures in Ireland.

“The way that Brexit has been played out has meant that the Irish government, who should have engaged proactively with the UK in saying how can we resolve the issue of the backstop in the sense of how they can use the three years to actually prepare sensible infrastructure”.

Kinsella also believed that the Irish government may have underestimated the UK’s importance to their own country's economy.

“Britain is enormously important to Ireland as a labour market, as a Segway for our exports to Europe, and we import a lot of British goods, so we have a shared interest that is greater than any combination of the European institutions on this matter, but we chose to side with a Europe, that presented a conundrum to Britain and sat on its hands and demonstrated complete inflexibility".

Aiming to discredit Brexit, many left-wing politicians in the UK have stated in the past that the vote to leave the EU in 2016 demonstrates a profound lack of understanding of issues affecting the UK’s constituent countries as a whole, in particular, tensions in Ireland.

Professor Kinsella, however, dismissed this notion and argued that Britain’s primary motivation to leave was the lack of transparency within the EU, which he believes has still shown no signs of changing for the better.

“The bottom line is this, tension between an emerging hegemony in Europe, and a desire across Europe for a much better balance towards the autonomy of countries, that’s played out as nationalism of the far right, but that does it a serious injustice”.

“The EU has become over concentrated and has given a lot of countries the feeling of being helpless, and I think in the face of changes in Europe, the feeling has grown, and Europe hasn’t reformed, the British decision to leave could have been the catalyst to make Europe more democratic, but that hasn’t happened, in fact developments have gone in the opposite direction".

In conclusion, Kinsella felt that Brexit has been portrayed unfairly as a right-wing nationalist hijacking of British democracy.

“Once Europe gets a better balance between the hegemony against which many countries are now screaming and relation of autonomy, when countries want a greater degree of sovereignty, but not saying they want to stand apart from Europe, they simply want a different Europe. Britain is attempting to leave not Europe, but to leave what Europe has become and that’s for me the key issue”.

Indeed, while many in the UK might not understand the importance of the 1998 Good Friday Peace Agreement to Ireland, it does seem that predictions of a return to the violent times of the Troubles after Brexit might prove to be a tad premature.