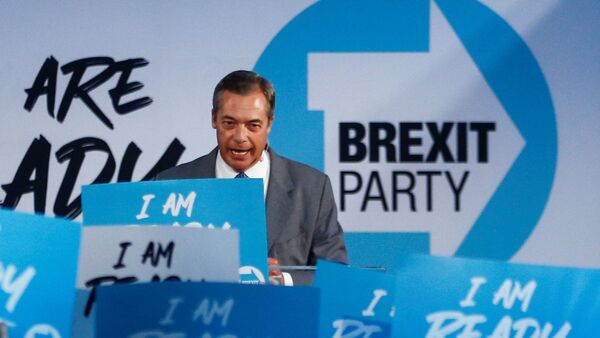 © REUTERS / HENRY NICHOLLS
Subscribe
International
India
Africa
Boris Johnson has pledged to take Britain out of the European Union by 31 October with or without a deal, which has been severely criticised by groups fearing a disorderly Brexit. Johnson, however, lost his working parliamentary majority on Tuesday, potentially steering him off the “no-deal” course.

Nigel Farage, ex-leader of UKIP and current leader of the Brexit Party, has commented on the no-deal Brexit defeat in the House of Commons on Tuesday, by saying that Britain is “in for the fight of our lives”, as reported by Express on 4 September.

“We are in for the fight of our lives", said Farage, “we may find ourselves in a few weeks, with no Brexit and with no chance in a general election to do anything about it, I fear that we are rapidly headed towards a very, very dark place".

On Tuesday, the House of Commons voted 328 to 301 to secure a bill that would request a Brexit delay amid attempts to block Britain leaving the European Union without a deal on 31 October.

Prime Minister Boris Johnson lost his working majority following the vote, with 21 members defecting from the Tory party and joining the opposition in its agenda to bring about an orderly Brexit. It was later reported that at least 21 Conservative MPs, including former Chancellor Philip Hammond and Sir Nicholas Soames, have been expelled from the party, amid their support for the parliamentary opposition.

Following the bill’s passage, Boris Johnson declared that he planned to hold snap general elections in the event MPs request an extension on Brexit. 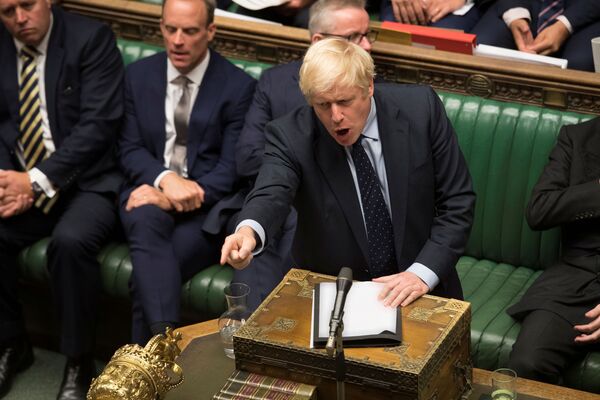 The prime minster highly regretted the passage of the bill that would prevent Britain from leaving the EU without a deal on 31 October. He argued that the bill backed by the opposition and Conservative rebels would bring "more dither, more delay, more confusion".

MPs will now have to vote on the Brexit delay bill, which could take place as early as Wednesday. If an extension for the Brexit deadline is granted, a call for general elections could follow. Boris Johnson would then need support from the Labour Party in order to secure enough votes for such an election as calling a poll before 2022 under the Fixed-term Parliaments Act the PM would require the backing of two-thirds of the UK’s 650 MPs. For his part, Labour leader Jeremy Corbyn has insisted that the bill should be passed before snap elections can take place.

On 28 August Boris Johnson announced his plans to suspend Parliament on the second week of September until 14 October in order to block any attempts to prevent Britain from leaving the EU by 31 October with or without a deal, a move that has been approved by the Queen, but strongly criticised by both the public and other parliamentarians.