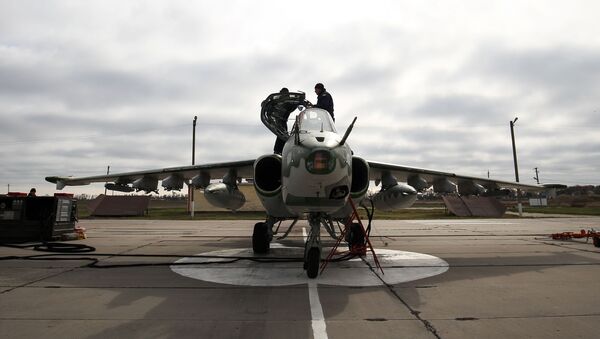 According to the Russian military, the warplane crashed in a desolate area, causing no damage on the ground. Emergency services are currently searching for the aircraft's two pilots.

"On 3 September, an Su-25UB aircraft crashed in the Stavropol region during a regular training flight. At the moment, search and rescue services are searching for the two pilots", the ministry said in a statement, specifying that the plane was not carrying weapons.

According to reports, the plane lost contact with its base prior to the accident; however, both pilots managed to eject themselves from the aircraft. In the meantime, emergency services have found the crash site about 38 km south-west of the city of Budyonnovsk, stating that the jet has been completely destroyed.

The military has also temporarily suspended Su-25 flights in southern Russia until the cause of the catastrophe is discovered.