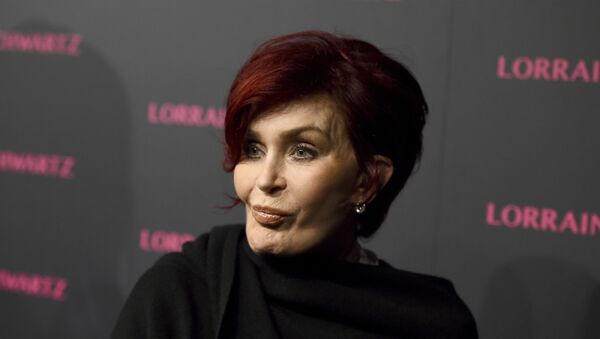 © AP Photo / Jordan Strauss
Subscribe
International
India
Africa
The UK Labour has been facing allegations of anti-Semitism over the past few years. Party leader Jeremy Corbyn has consistently denied the accusations and promised to put more efforts into fighting anti-Semitism. Apparently, this did not impress the reality TV star, who brands herself as "49 per cent Irish and the rest is Ashkenazi Jewish."

The wife of the Black Sabbath star Ozzy Osborn and TV star, Sharon Osborne, has admitted that she wants to physically hurt Labour Leader Jeremy Corbyn in her interview with The Sun, dedicated to her rediscovering her family history on the show Who Do You Think You Are?

The celebrity, who described herself as "49 per cent Irish and the rest is Ashkenazi Jewish" in the interview suggested that intolerance, is on the rise around the world, noting that it was what worries her most.

"It's always been around, and it will always be around, and that's what terrifies me because of all the ugly groups that are coming up all over the world. It's always the Jews or the blacks or the Muslims — everybody hates somebody," she told the outlet.

Discussing the impact of the problem on her personal life, she complained about everybody "torturing" her Jewish father a soldier for the British Army during World War Two.

According to Mrs. Osborne, they woke him on a rainy night to make him dig a hole, saying that he had to do it because he was "an f*****g Jew" and because "this war is over you and this is why we have to fight, and you're going to dig an f*****g hole".

She also recalled her encounter with anti-Semitism when she travelled to Germany with singer Lynsey de Paul in 1976, saying that one of the staffers of the record company complained about a restaurant, saying that, "it's full of Jews."

This May, the Equality and Human Rights Commission (EHRC) launched a formal probe into allegations of anti-Jewish sentiment in the UK Labour Party to determine if it had "unlawfully discriminated against, harassed or victimised people because they are Jewish."

Doubts prompted the investigation into whether the Labour party's handling of anti-Semitism cases had been in line with the Equality Act, following a leak of party emails in which key party members and Corbyn asked to be copied in on anti-Semitism complaints to get familiar with the sensitive cases.

Labour has fought allegations of anti-Semitism over the past few years. Several party members were suspended after it was revealed they had been involved in anti-Semitic actions. Corbyn has consistently rejected the accusations, pledging to redouble efforts to fight anti-Semitism within the party.