'Mother of All U-Turns': UK's Raab on Labour's Potential Refusal to Vote for Snap Election 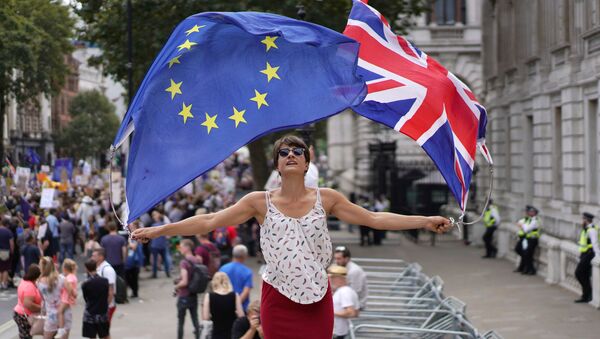 British legislators previously announced they would hold a vote on Tuesday to prevent Prime Minister Boris Johnson from leaving the EU on 31 October without a deal.

Foreign Secretary Dominic Raab stated on Tuesday that there will not be another extension, stressing that the UK will leave the European Union in October.

He also noted that any delay or opposition to the government's plan in the Parliament would only make the bloc's stance stronger.

"The one thing that is holding us back, the handbrake on getting Brexit delivered and getting the country motoring forward, is the lingering sense in Brussels that maybe the shenanigans in parliament will lead to the delay or the cancellation of Brexit", Raab said, adding that London is receiving a positive reception to the revised Brexit plans from European countries.

​In response, Labour's Shadow Attorney General for England and Wales Shami Chakrabarti announced that lawmakers need to prevent the no-deal scenario, adding that the party would vote to hold a general election.

"We've also got to try as best as possible to ensure that it wouldn't be possible for the sitting squatting prime minister in this period to set a general election and then change the date. The priority this morning is preventing this no-deal crash out", she stressed. 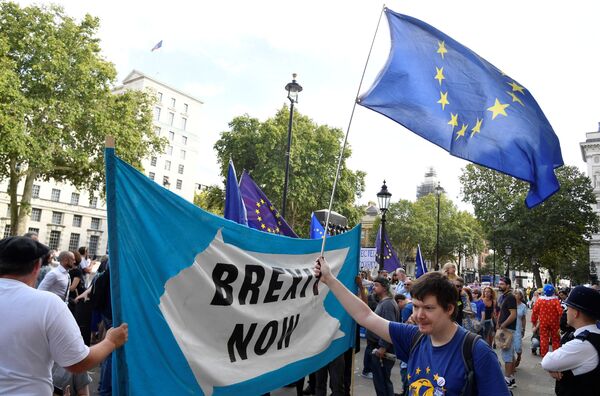 Labour and some Conservative MPs planned to vote for a forced delay in Brexit if the government cannot secure a deal with Brussels within the next few weeks. In response, PM Boris Johnson has reportedly threatened to call a snap election for 14 October, saying that "under no circumstances" would he ask the EU to delay the withdrawal.