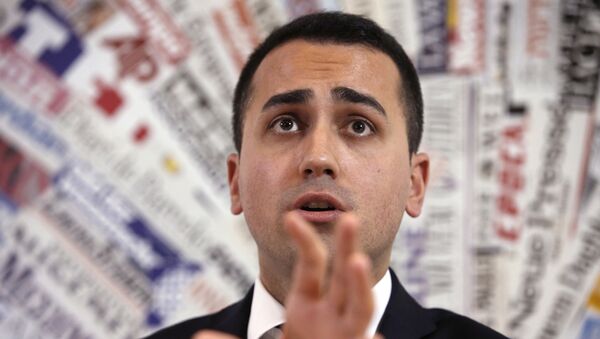 Earlier this week, Italian President Sergio Mattarella gave the green light to Giuseppe Conte, who resigned as prime minister last week, to form a new government coalition after the previous one collapsed. The M5S and the PD agreed on Wednesday to form a government together under Conte.

Almost 80 percent of Five Star Movement members have supported forming a government coalition with the centre-left Democratic Party (PD) in an online ballot, according to party leader Luigi Di Maio.

At the same time, 20.7% of the anti-establishment party's supporters voted against the alliance with the movement's long-time political opponents.

Commenting on the matter, Di Maio stated that the Italian government crisis is now over.

The results of the vote mean that Prime Minister Giuseppe Conte, who has yet to win confidence votes in both houses of parliament, can now present the president, Sergio Mattarella, with a list of suggested ministers.

Conte announced his resignation on 20 August, thus terminating the 14-month-long coalition government led by the Lega Party, headed by Deputy Prime Minister and Interior Minister Matteo Salvini and Deputy Prime Minister and Economic Minister Luigi di Maio from the Five Star Movement. Since then, Mattarella has been engaged in consultations with all political parties to find a solution to the crisis, which under Italian law can come about in one of two ways: forming a new government or calling for a snap general election. Salvini has actively pushed for the latter scenario.