'Disco at the Dail': Pence's Visit to Ireland Met With Small Rainbow-Coloured Resistance 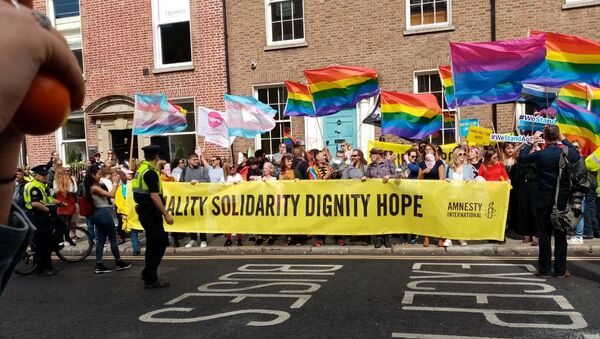 Dan Rowell
All materials
During his visit to Ireland, US Vice President Mike Pence encouraged London and Dublin to negotiate a Brexit deal that respects the Good Friday Agreement.

The second day of US Vice President Mike Pence’s whistle-stop tour of Ireland began early on Tuesday, as he arrived in the emerald isle’s capital city Dublin, for talks with Taesoeich Leo Varadkar.

The meeting was initially scheduled to take place later in the week, but the imminent threat of a hurricane on the east coast of the United States means that the vice president will have to stand in for President Donald Trump on a forthcoming trip to Poland, as POTUS has opted to remain at home as a gesture of solidarity, during what could become a natural disaster.

Although Pence’s arrival in Dublin was not met with as much resistance as Trump’s was back in July, a committed and varied crowd amassed outside the Dail Eirann, a key parliamentary building, for what was dubbed “Disco at the Dail”, where they proceeded to light up the street with anti-Trump administration banners, taking aim at what they perceived to be the negative influence emanating globally from the White House.

One of the organisers of the event explained why many Dublin locals felt it necessary to come out in opposition to Pence’s visit.

“I wouldn’t call it a protest, I’d call it a celebration of diversity and inclusion that we want in Ireland, and that I want to represent, such as migrants, the LGBT community, these are all things that Trump and Pence are against, so we want to have kind of a joyous atmosphere, have a dance and celebrate the diversity of human beings in the world”. 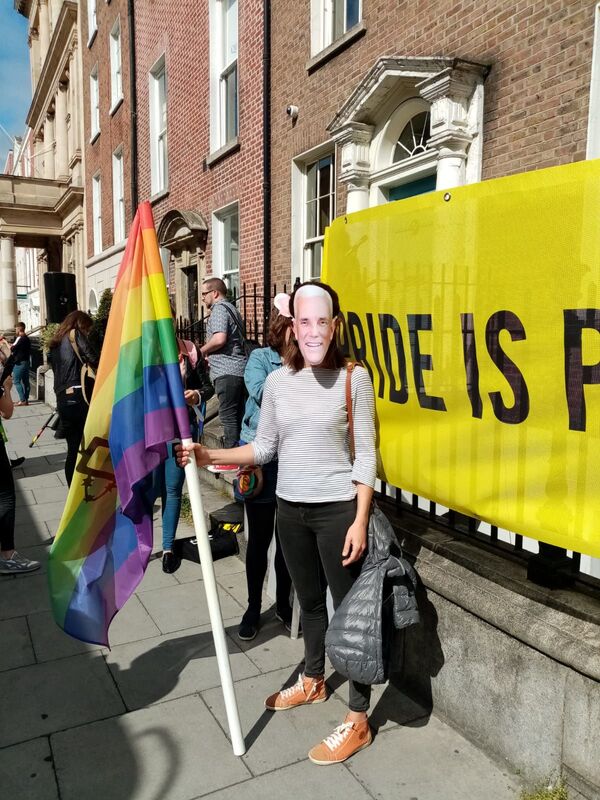 Irish Taoesaich Varadkar has himself faced criticism for being welcoming to both Trump and Pence.

The disco’s organiser once again chimed in on the situation and revealed her feelings towards the diplomatic decisions made by Ireland’s head honcho.

“He is in a difficult position diplomatically, and is trying to keep good relations between the two countries, but having said that; I’d like him to stand up and have more outspoken stances and reactions to some of their policies”.

With camp hit after camp hit being belted out, and anti-Trump slogans draped across their shoulders, the protestors, despite being relatively low in numbers, certainly made their presence felt - but not everybody was so thrilled with their message.

A passer-by commented: “I think that a welcome would be more appropriate, and I think that everybody should be looking for closer ties with each other regardless of where we are all from and closer ties, harmony and unity is what it’s all about”.

“I don’t think that shunning anybody from our small little limestone rock in the middle of the North Atlantic Ocean is going to help us at all in any way”.

Just like Trump and Pence, it seems that the protesters ironically cut a divisive figure amongst the Irish public. But although their message may be questioned by people of a more conservative persuasion, there is no denying that they certainly could boogie.