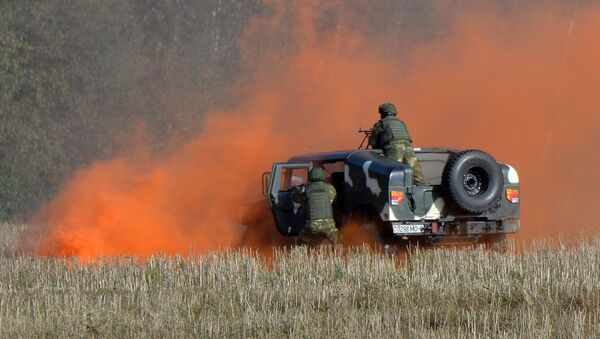 "I am sure that creating a unified anti-terror front by efforts of the United Nations, the OSCE, the European Union, the CSTO, the CIS, the SCO and other international organizations is the only proper way to efficiently counter the [terror] threat," Lukashenko said on Tuesday at a global counterterrorism conference in Minsk.

"We continue supporting all the initiatives within the UN framework. We strengthen anti-terror partnership, we exchange special information and advanced experience, we engage in creating a coordinating network for fighting terrorism," Lukashenko said, noting that the current scale of the terror threat made it necessary to launch cooperation between international organizations.

The Belarusian president also noted that it was timely to unite the OSCE region and the Association of Southeast Asian Nations region under the aegis of the Minsk counterterrorism conference.

Belarus has no intention to produce or host intermediate-range and shorter-range missiles, President Alexander Lukashenko said on Tuesday, expressing confidence that a declaration on non-deployment of such missiles in Europe could contribute significantly to strengthening security.

"Belarus used to be a full-fledged member of the Intermediate-Range Nuclear Forces Treaty [INF]. We have not withdrawn from it and have no intention to produce or host such missiles if they do not threaten our security. There is no such situation in place yet, and I hope it won't emerge," Lukashenko said on Tuesday at a global counterterrorism conference in Minsk.

"A declaration by responsible countries about non-deployment of intermediate-range and shorter-range missiles in Europe could become a real contribution to strengthening security," Lukashenko noted.

The United States withdrew from the INF Treaty on August 2 after formally suspending its INF obligations six months earlier. Moscow suspended its own participation in the pact in July. Both countries have repeatedly accused one another of violating the 1987 treaty.