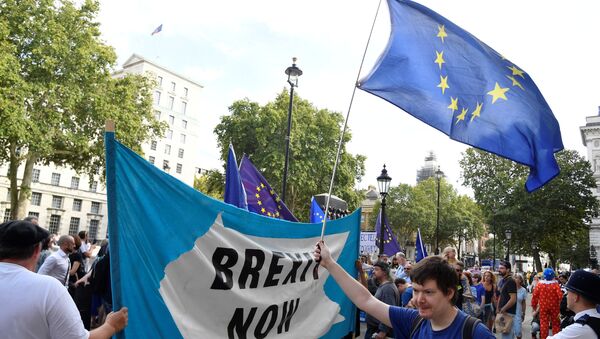 UK lawmakers who oppose Prime Minister Boris Johnson's Brexit plans want to pass a law compelling him to ask for a suspension of Britain's withdrawal from the European Union until 31 January 2020, a copy of the act posted on Twitter by lawmaker Hilary Benn said.

The draft legislation would require Johnson to ask the EU to postpone Brexit if by 19 October the UK prime minister has not succeeded to agree on a new withdrawal deal with the bloc, or acquired the approval of parliament to leave the bloc without an exit agreement.

2/8 The purpose of the Bill is to ensure that the UK does not leave the European Union on the 31 October without an agreement, unless Parliaments consents.

"The form of the letter is set out in a schedule to the Bill. If the European Council agrees to an extension to the 31 January 2020, then the Prime Minister must immediately accept that extension", lawmaker Hilary Benn said on Twitter.

Prior to this, Johnson announced his decision to suspend Parliament for five weeks from mid-September until 14 October, thereby reducing the chances for the legislature to stop a no-deal scenario.

Since January 2019, the UK Parliament has thrice rejected the divorce deal that was negotiated with Brussels by the Theresa May government. Prime Minister Johnson has vowed to take the country out of the European Union by any means necessary by the 31 October deadline unless the bloc agrees to renegotiate the contentious deal.