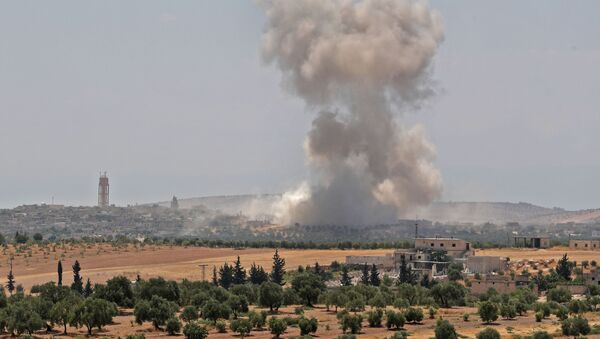 The Russian Defence Ministry's Centre for the Reconciliation of Opposing Sides in Syria said in a statement on Saturday that the US had launched an air strike in the northwestern province of Idlib without notifying Russia or Turkey, in violation of all previous de-escalation agreements.

“There are numerous casualties and destruction in the [Idlib] villages affected by the American strike,” the statement pointed out.

The statement added that on 31 August, the Syrian army had unilaterally announced a ceasefire in the entire de-escalation zone in Idlib, in a move initiated by Russia and Turkey. All parties to the conflict have been notified of the move.

The statement stressed that over the past 24 hours, the Syrian government forces have ensured the implementation of their obligations, and that the flights of Russian and Syrian warplanes over the area have completely been stopped.

The developments follow the Pentagon confirming the US-led coalition’s air strikes against the leaders of an al-Qaeda-linked militant group in Idlib province, Syria.

“The removal of this facility will further degrade their ability to conduct future attacks and destabilise the region," US Central Command spokesman Lt. Col. Earl Brown was quoted by AFP news agency as saying on Saturday.

Earlier, local media reported about the coalition’s missile attack against the headquarters of Hurras ad-Din, an insurgent group affiliated with al-Qaeda which has fought Syrian government forces.

Fighting in Idlib Persists Despite Truce

The Central Command spokesman's statement came after a new truce was announced on Friday by the Centre for the Reconciliation of Opposing Sides in Syria, which called on the leaders of armed groups operating in Idlib to stop staging provocations and to join the peace process instead. 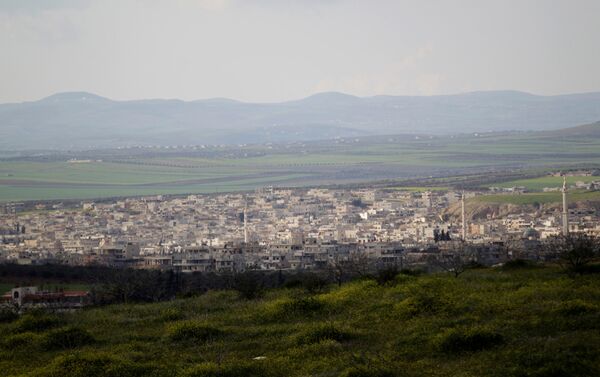 Fighting in northwestern Syria has intensified over the last several weeks, despite a ceasefire agreed during talks in the Kazakh capital of Nur-Sultan, reached early last month. On 5 August, the Syrian army launched an offensive, citing the militants’ failure to respect the truce.

Last week, Syrian government forces regained control over the city of Khan Sheikhoun, also in Idlib province, which remains the last militant stronghold in the country. The province had been under control of Nusra Front* since 2015.

*al-Qaeda, Jabhat al-Nusra (Nusra Front),terrorist organisations banned in Russia and many other countries