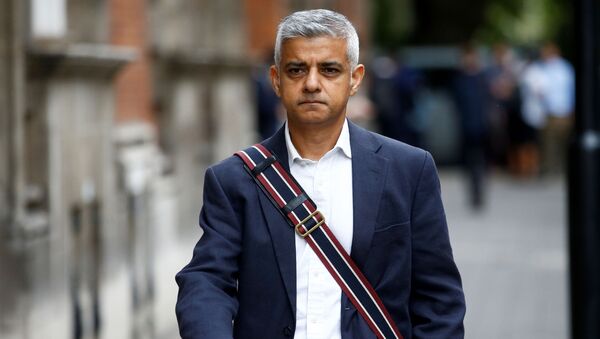 Sadiq Khan and Donald Trump are involved in a long-running feud due to ideological differences: Khan has challenged POTUS’s stance on climate change and accused him of being part of the right-wing resurgence, while Trump has attacked the London mayor due to the level of violence in the UK capital.

In yet another rebuke to Donald Trump, London Mayor Sadiq Khan has accused the US president and like-minded conservative leaders in Europe of trampling on democracy and warned that it could result in another global conflict.

Khan, who is currently attending the WW2 commemoration in Gdansk, Poland, contended that the foundations of peace and prosperity laid after 1945 were in jeopardy:

“For the first time in more than 70 years, it seems the lessons of the Second World War are genuinely at risk of being forgotten or, worse still, being rewritten,” he wrote in an opinion article for The Observer.

Khan added that the European Union and NATO “are facing unprecedented attacks – often from leaders of the very nations that helped create them”.

He attributed “attacks” on various minorities to Donald Trump – referring to him as “the global poster-boy for white nationalism” – and a slew of other conservative leaders such as Matteo Salvini in Italy, Marine Le Pen in France, Viktor Orbán in Hungary, and the Law and Justice party in Poland:

“Hungary’s Viktor Orbán has systematically destroyed the independence of both the judiciary and the press, institutions that are also under daily verbal attack from Trump and other far-right leaders around the world.”

“The impact can also be seen in the UK, where the outsize influence of Nigel Farage and his Brexit party has pushed the Conservatives, under Boris Johnson, to become ever more right-wing, illiberal and intolerant. Just last week we saw the disdain Johnson has for parliament and our democracy,” Khan wrote, referring to Johnson’ recent decision to prorogue parliament weeks before the Brexit deadline.

“While I am not saying that we are reliving the 1930s or that another conflict is inevitable, alarm bells should be sounding. However, if we act now, we can ensure a different path is taken.”

This tirade marked another chapter in growing antagonism between Sadiq Khan and Donald Trump. The former had earlier compared Trump’s language to that of “fascists of the 20th century” and vigorously opposed his June visit to the UK.

Trump paid back in his own coin, accusing Khan of doing “a terrible job” as mayor over a spike in violence in London.

Violent crimes have reportedly soared in Britain’s capital since Sadiq Khan took up the job in May 2016. According to recent figures, compiled by a member of the London Assembly, knife crime jumped by 52 percent, burglary 17 percent and robbery 59 percent during Khan’s three years in office.

“As Mayor, Sadiq Khan has repeatedly avoided taking responsibility for his failure to keep Londoners safe and deliver on his promises. Instead of getting a grip of the violent crime epidemic, Sadiq Khan has played the blame game,” the report stated.