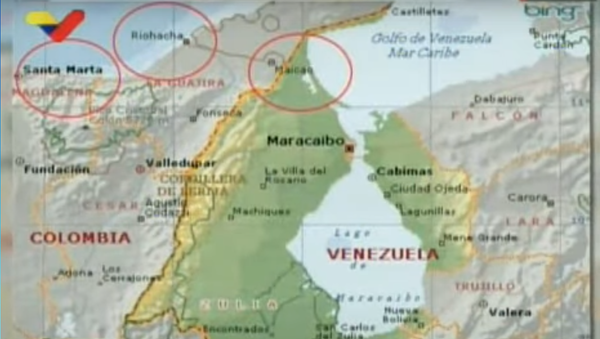 © Photo : YouTube / Multimedio VTV
Subscribe
In March 2019, Venezuelan Communication Minister Jorge Rodriguez said that the country's opposition, headed by self-proclaimed President Juan Guaido, had recruited killers and paramilitaries and then sent them to Colombia for training.

The communication minister showed satellite images and coordinates that he said showcase three paramilitary training camps along the border in Colombia. 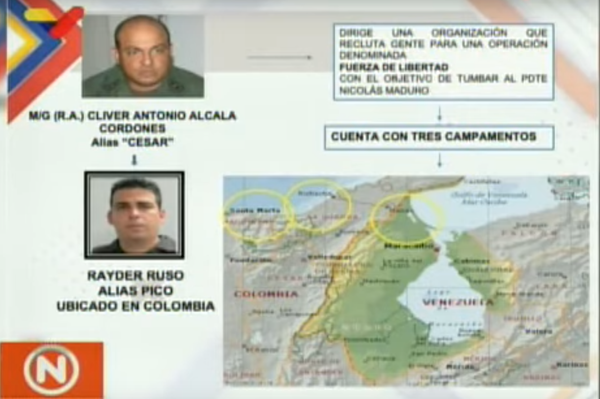 He also noted that Venezuela prevented a "terrorist plot" to detonate explosions targeting two special police units and the Palace of Justice in Caracas, according to AP. 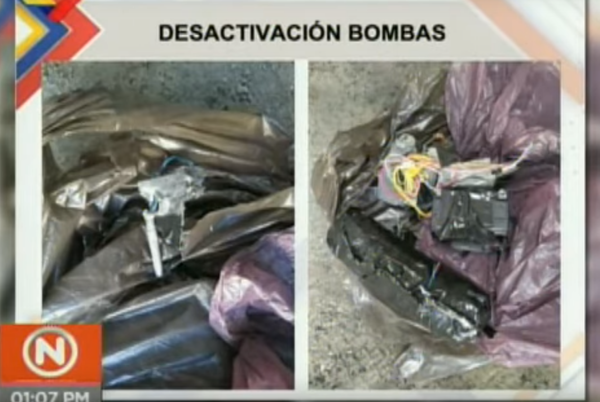 Deactivated bombs showcased by Venezuelan Communication Minister Jorge Rodriguez on 31 August 2019
© Photo : YouTube / Multimedio VTV
Earlier this year, Rodriguez, speaking on Venezuelan television, warned that the country's opposition planned to send paramilitaries to Colombia for training. At the time, he provided detailed information of what he described as a plot, which included the creation of over half a dozen hit teams of eight mercenaries apiece to infiltrate Venezuela to assassinate political and military leaders and carry out unnamed terrorist actions against the state.

Last week, Nicolas Maduro announced the country's readiness to help Colombia establish a dialogue between the government and members of the former rebel Revolutionary Armed Forces of Colombia (FARC) group, as a handful of former members of the latter began to call to revive their fight against Bogota.

Venezuela has seen an escalation in its long-term political and economic crisis, particularly as opposition leader Juan Guaido, whom Maduro called a US puppet, proclaimed himself interim president in January after rejecting election results in which incumbent President Nicolas Maduro won handily. The United States and more than 50 other countries have recognised Guaido, but Russia, China, Bolivia, Turkey, and numerous other countries recognise Maduro as the legitimate president of Venezuela.