Thousands Gather Outside No 10 For #StopTheCoup Protests as Tensions Mount Over Parliament, Brexit 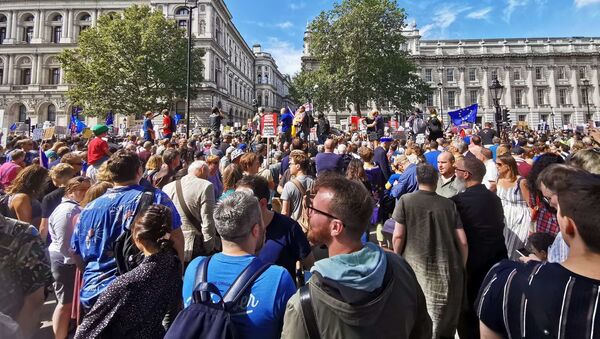 Demond Cureton
All materialsWrite to the author
The “Stop the Coup” rally saw roughly 80 demonstrations across the UK, including Edinburgh, Manchester and others, with the largest demo held outside the Prime Minister’s residence in Whitehall.

Thousands gathered at 10 Downing Street in protest of UK prime minister Boris Johnson's suspension of Parliament, due to last five weeks up to a Queen's Speech on 14 October.

The protests come just a day after Mr Johnson held an interview with Sky News, stating that people in the UK wanted his government to "get on and try and get an agreement" and said that Brits should be "get ready to come out anyway" if London could not strike a deal with Brussels.

He added that there would still be "a lot of time" to debate Brexit before the 31 October deadline after MPs had has spent over three years debating Brexit "without actually getting it over the line". 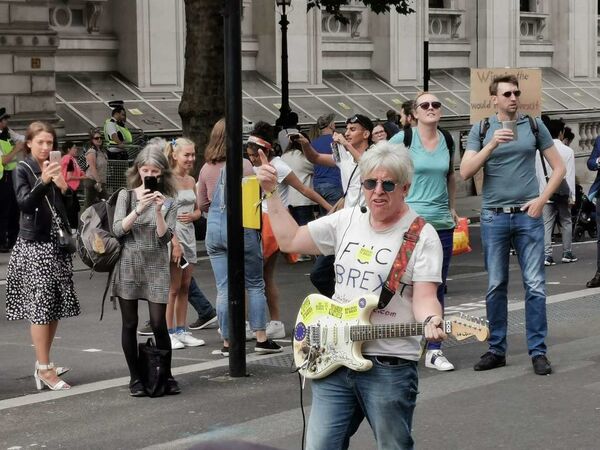 Labour frontbencher John McDonnell and numerous left-wing campaigners and trade unionists addressed the crowd, with demonstrators uniting under the #StopTheCoup banner. Further protests are set to take place every day from 17:30 GMT across the country, with more expected to attend over the next few weeks. 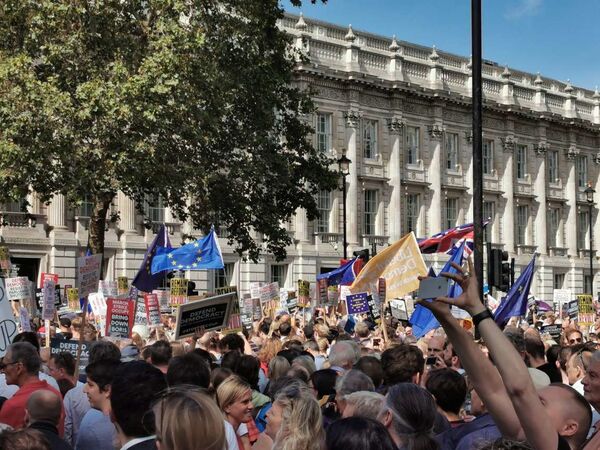 Campaigners Speak Out Against No 10

Michael Chessum, the national organiser for Another Europe is Possible, said in a statement: "We are witnessing the birth of a huge movement to fight for democracy and oppose Boris' Brexit agenda." 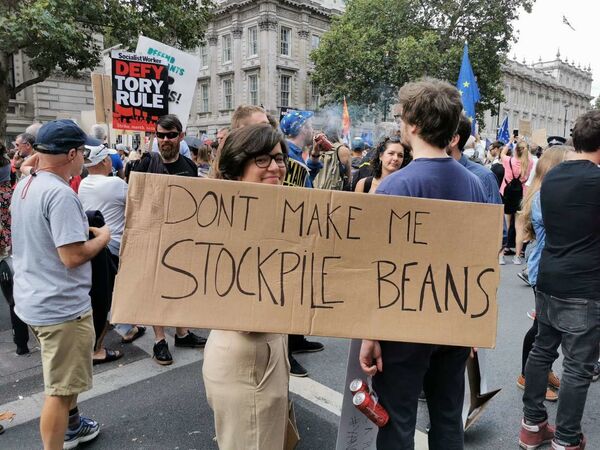 He called the rally “uniting, claiming that many people were “just outraged” at the Prime Minister’s attempt to prorogue Parliament.

“The crowds are angry, energetic and hopeful, and are taking matters into their own hands,” he said. 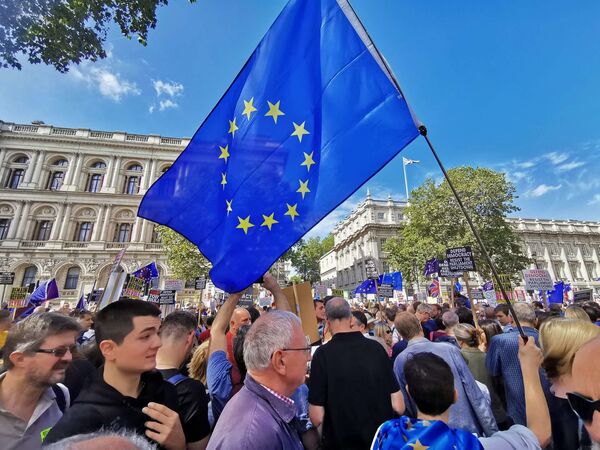 Tony Pole, a supporter of the People’s Vote campaign, said in a statement that he was joining the protests to back efforts to stop the prorogation.

“For evil to succeed, it just needs good men to keep quiet,” he said.

When asked if there was an event in UK history similar to the Prime Minister’s suspension of parliament, Mr Pole replied “I don’t think that there has ever been probably since 1642”, referencing the start of the English Civil War.

He said that to fight for a democratic state, that “Parliament should be open to debate” and listen to people with experience.

“I think that when people like former UK prime minister John Major says that this is bad, this is unconstitutional, people should pay attention,” he added. 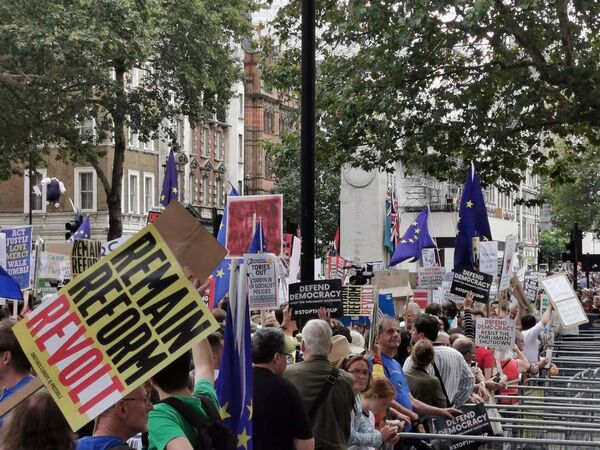 The latest developments come as the British Prime Minister vowed to have the UK leave the European Union by the 31 October deadline "come what may", with Remain and Leave camps battling for their say on Brexit amid looming rumours of a general election set for November. The Prime Minister has been holding talks with Brussels since he was installed on 24 July, with European officials refusing to renegotiate former UK prime minister Theresa May's Brexit deal agreed upon with Brussels.

Opposition parties united under Mr Corbyn have vowed to block a no-deal Brexit using a vote of no confidence against PM Johnson and installing a 'caretaker' government in Downing Street. Mr Johnson's move to request the Queen to suspend parliament until the Queen’s Speech on 14 October sparked resignations from Scottish Tory leader Ruth Davidson and George Young, a Conservative whip in the House of Lords, on Thursday.

Opposition to the prorogation led to a petition gaining over one million signatures in 24 hours, with Momentum urging supporters to disrupt and block traffic in protest.