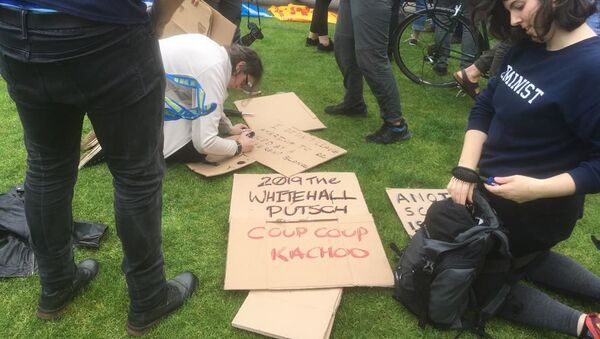 Maud Start
All materials
Across the UK, demonstrations have been held to oppose Boris Johnson’s suspension of parliament, a decision that was approved by Queen Elizabeth II earlier this week. The prorogation is going ahead, but not everyone is happy about it, as these protesters in Glasgow explain.

Joanna Elm, from Fife, is one of many people demonstrating in Glasgow’s George Square. She is sitting beside a group that is still busy inscribing their banner with the words ‘Coup Coup Kachoo’. She explains it as a ‘witty play on the 60's slang that worked its way into the music of the Beatles and Simon and Garfunkel’. When asked why she selected such a catch phrase, Ms Elm explains that she believes Boris Johnson’s actions this week to be "erring dangerously close to a coup, and no one seems to be batting an eyelid."

Ms Elm is not the only protester who believes that Boris Johnson has unlawfully made moves to suspend parliament. Collectively, nationwide protests are being held under the slogan: ‘Stop the Coup, Defend Democracy’- a motto that is emblazoned across the banners of this crowd in Glasgow. 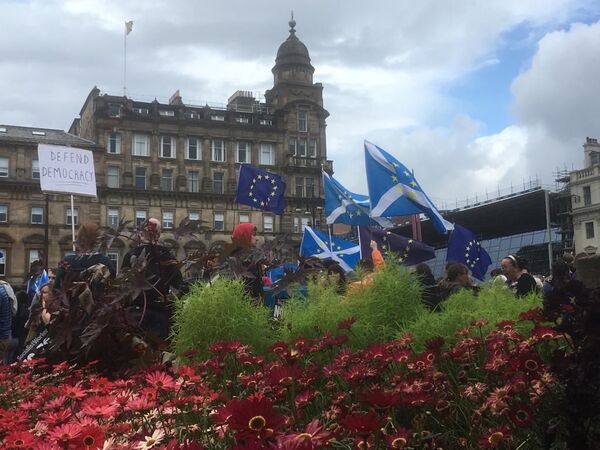 According to the Oxford Dictionary, a "'coup is sudden, violent, and illegal seizure of power from a government," which arguably, is a world away from Boris Johnson’s actions earlier this week. The UK prime minister sought permission from the Queen to suspend parliament for one month until October 14 and has assured MP’s that they will still have ‘ample to debate’ any decision made ahead of what is shaping up to be a crucial EU Council summit on October 17 and 18.

However, a demonstrator in Glasgow's George Square, known simply as Ardie, claimed that the prime minister’s actions were ‘compatible with a traditional coup’. 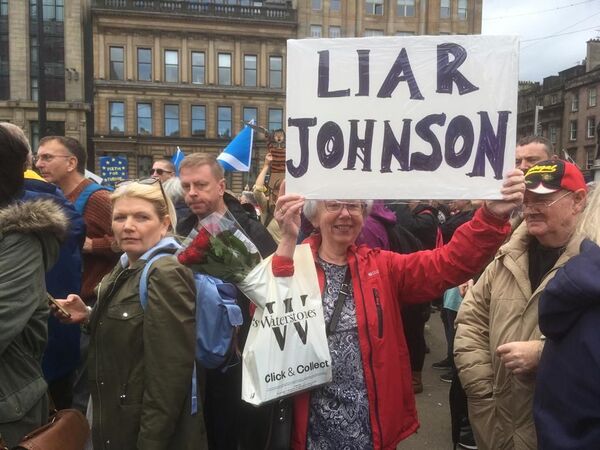 "It might be legal, but I think that he’s been disingenuous about the proroguing. It is a standard thing for the government to do, they can do it, but I think he’s basically lying about their motive being anything other than trying to stop either the reversal of Brexit or a reasonable deal with Brexit. He’s basically holding parliament hostage, and therefore holding us hostage as well," the protestor alleged. 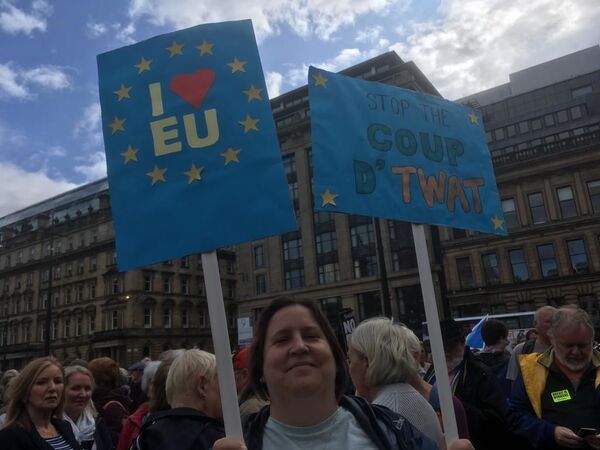 Not everyone agreed. On the sidelines of the protest, a man, who preferred to be known only as ‘Jim’, said that the idea that parliament is being held hostage is ‘ridiculous’.

"They’re saying that Boris Johnson is being undemocratic?! It’s total nonsense, fabricated by a spiteful left-wing! We had a referendum. The majority voted to Leave, and three years later we are still in the EU. That’s what’s anti-democratic. Boris Johnson is literally doing the opposite, he’s trying to realign democracy."

Mr Johnson earlier in the week said that his motive for the prorogation is to make time to set a new legislative programme focusing on ‘crime and hospitals’, however opposition politicians claim that Johnson is trying to thwart efforts to prevent a No Deal Brexit. 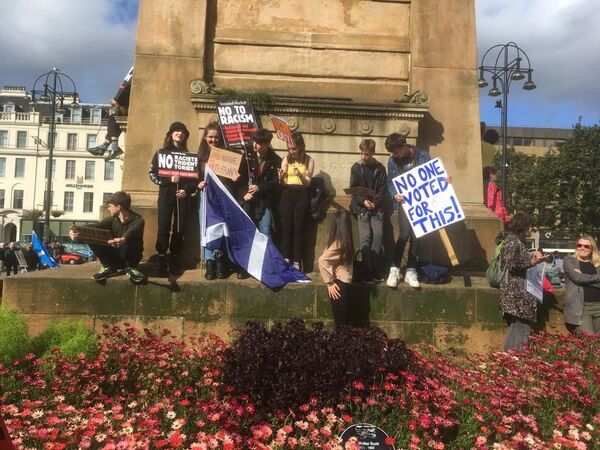 Opposition Labour party leader Jeremy Corbyn was at the protest in Glasgow. Addressing the crowd, Mr Corbyn reiterated his opposition to a No Deal, saying: "It’s our Parliament. No way will you take us out without a deal - we will stop you and give the people their rights and their say to determine their future." 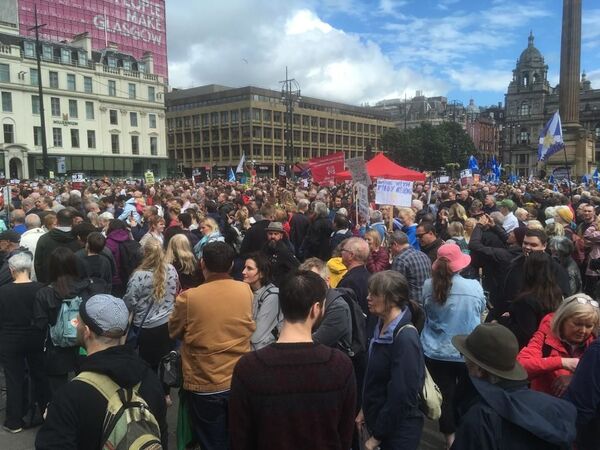 Mr Corbyn also criticised the possibility of increased trade between the US and UK, saying that more must be done to stop "the prime minister taking us into the hands of Donald Trump and a trade deal with the US."

Similar protests were held across the UK on Saturday, with thousands marching in London, and hundreds more in Edinburgh, Bristol, Manchester and Inverness. Further demonstrations, organised by the People's Assembly Against Austerity, are expected to take place next Tuesday to coincide with MPs returning to Westminster. Pro-Brexit demonstrations are also expected.