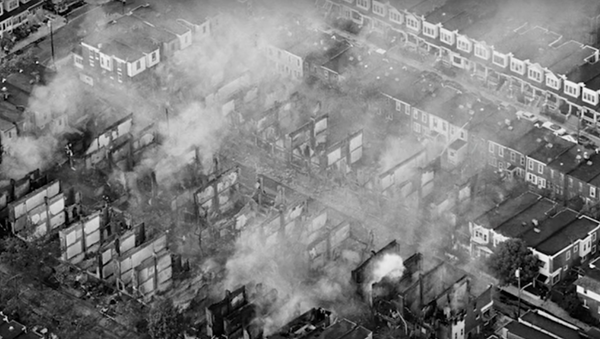 Though a few political prisoners belonging to the black activist group MOVE have been released following decades behind the wall, the true story behind the Philadelphia Police Department’s covert and murderous tactics, including the ruthless bombing of their family home, has received little attention.

Mike Africa Sr. and Debbie Africa, both of whom spent 40 years as political prisoners before finally being released in 2018, and activist and “Voices With Vision” radio host Netfa Freeman joined Radio Sputnik on Friday to recount the gruesome history of violence against MOVE by Philadelphia public officials and to explain what their experience means for the future of the US.

The MOVE organization rose to national prominence in 1978 after one-sided headlines claimed that the group had engaged in a standoff with Philadelphia Police officers that resulted in the death of one cop and injuries to several others, and for which nine members of the family received dozens of years in prison.

Mike revealed to hosts Brian Becker and John Kiriakou that the so-called standoff in 1978 was actually brought about by police when officers came to the organization’s headquarters and “knocked Janine [Africa’s] baby from her arms and crushed his skull,” he said. “They murdered a MOVE child.”

The media at the time failed to report the death of Janine’s baby, but alleged that it was a MOVE member who shot and killed a member of the police force, despite the organization saying they did not own any functional weapons at the time and that friendly fire was evident, as the bullet struck the officer in the back of his neck.

“As a child growing up I didn’t know what to believe - they were saying all kind of crazy things,” admitted Freeman, who grew up in Philadelphia and lived there at the time of the MOVE case. “The puppet media was not even just good for allowing the public officials to spew their hate, but they also demonized MOVE. They made all kinds of stories.”

Chuck, Delbert, Eddie, Janet, Janine, Merle, Michael, Phil and Debbie Africa were all convicted of third-degree murder and received sentences of 30 to a maximum of 100 years in prison. They became known as “the MOVE 9.” Judge Edwin S. Malmed justified his ruling by saying that because they were a family, they were all responsible for the single officer’s death.

Tragedy struck once again seven years following their imprisonment when then-Philadelphia Police Commissioner Gregore J. Sambor ordered two water-gel explosive bombs, obtained from the US Federal Bureau of Investigation, dropped on the new home of MOVE members. Becker, who was in New York at the time, recounted that the event was televised.

Six adults and five children were killed by the bombing and the resulting fire, which torched 65 houses across three city blocks.

“Their lives were lost because they wanted us to be free, and the city kept lying and saying they were going to do something … about the injustice that had been done to us,” Debbie said.

She continued to explain how those murdered in the bombing and subsequent fire were fighting against the unjust prison sentence that barred her, her husband and the other MOVE 9 members from raising their children.

“My daughter was barely two years old when I was arrested with Michael Jr. in my stomach,” Debbie explained.

“We’ve had every first time with our son and daughter since we’ve been out,” she added, bringing up everything from going to the store to celebrating birthdays.

“America is the biggest purveyor of violence, and they demonstrated it yet again on May 13, 1985,” Mike asserted. “Their attitudes that there were children in the house was later crystallized with the police commissioner, who said he always considered the children to be ‘enemy combatant.’”

“You’ll never get ghouls to change their minds about the killing they do. They’re trying to kill resistance,” he pointed out.

Mike went on to cite the case of Eric Garner, who was killed by New York City police officer Daniel Pantaleo in 2014 with an illegal chokehold. He said that while public officials will change policies, they will never be fully held accountable for their actions or the damage they do to the community.

Just as Garner’s killer received no prison time and only lost his job five years after the incident, a 1986 Philadelphia Special Investigation Commission found city leaders and law enforcement officials “grossly negligent” in the 1985 bombing, but they received not one criminal charge for the 11 deaths.

“We serve the needs and purpose of a dominant class that will destroy the whole planet just to have ‘full spectrum dominance,’ which is a term that they actually use,” Freeman asserted.

Despite this, Freeman quoted the title of Fidel Castro’s famous speech “History Will Absolve Me” and expressed the present-day importance of unbiased, independent media and the rise of social activism in the face of such injustices.