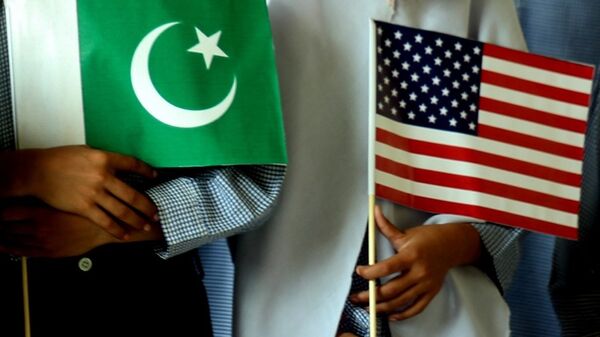 New Delhi (Sputnik): Three days after US President Donald Trump said India and Pakistan would be able to find an amicable resolution to the Kashmir issue, Washington stated that it is “very concerned by reports of detentions and the continued restrictions” in the region.

A spokesperson of the State Department told reporters in Washington on Thursday (29th August) that the US is “watching the situation in Jammu and Kashmir closely”. Washington has also asked Islamabad “for calm and restraint, including on rhetoric”.

“We note the broader implications of the developments in Jammu and Kashmir and the potential for increased instability in the region,” said the spokesperson.

The Trump Administration welcomed Prime Minister Narendra Modi’s statement that “Jammu and Kashmir will soon return to a normal political status,” and said Washington “supports direct dialogue between India and Pakistan on Kashmir and other issues of concern”.

US President Donald Trump and Indian Prime Minister Modi had met on the sidelines of the G-7 Summit in the French town of Biarritz and discussed the Kashmir imbroglio.

The stand-off between the nuclear-powered neighbours has remained heightened ever since New Delhi amended Article 370 and 35A of the country's constitution, which granted special status to Jammu and Kashmir. There were also increased incidents of cross-border shelling along the Line of Control (LoC).

Pakistan, which claims to be stakeholder in Kashmir came out strongly against the Indian decision and in protest, expelled India’s envoy to Islamabad, downsized its diplomatic mission in New Delhi, suspended trade and snapped communication links. Islamabad has also threatened to close its airspace for India.

Kashmir has been a bone of contention between the two countries since they gained freedom from British colonial rule in 1947. Both govern it in parts, but claim it in full. They have also fought two wars over Kashmir.