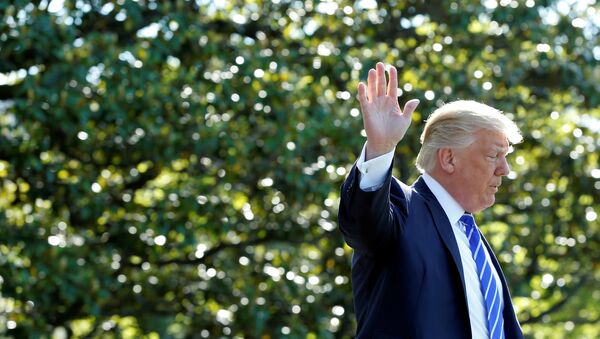 The administration of US President Donald Trump earlier this week formally announced its decision to increase tariffs on $300 billion worth of Chinese goods, from 10 to 15 percent. The new 15-percent tariff hike will take effect on 1 September.

US President Donald Trump told reporters on Friday before departing the White House that tariffs will not be canceled and that the US will "win the fight" with China, adding that the trade talks scheduled for September have not been canceled.

Trump says the tariff increase on China is still on for Sunday pic.twitter.com/IsYtPXZ4Rn

The US president said his officials are currently having conversations with Chinese counterparts on trade.

The Chinese vice premier said that Beijing strongly opposes the escalation of the trade war with Washington and is ready to continue consultations with the United States to overcome differences.

Last week, the Chinese State Council said tariffs ranging from 5 to 10 percent would be applied to $75 billion worth of US goods, with some taking effect on 1 September and others on 15 December. The latter batch will also include a 25-percent duty on US cars.

Relations between the United States and China have been strained since last year when Washington imposed tariffs on imports from Beijing. China criticized the US move and came up with a set of retaliatory steps that have escalated in a tit-for-tat trade war.

Trump said Monday that China will have no choice but to agree to a trade deal with the United States, adding that he feels more strongly that the United States and China will reach a trade agreement. The US president said his view is based on gut feeling rather than fact.