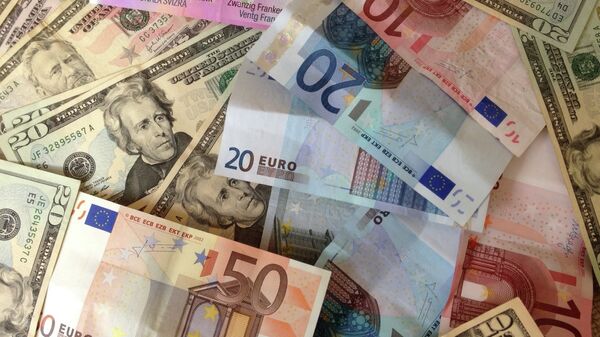 The US president has repeatedly clashed with Federal Reserve officials in recent months, accusing them of sabotaging his efforts to 'win' his trade wars, and of failing to listen to his advice about making dramatic cuts to interest rates.

President Donald Trump launched another scathing attack against the Federal Reserve on Friday, accusing the regulator of doing "NOTHING!" while the Euro continues its slide against the US dollar, and saying the Fed doesn't "have a clue" about economic policy.

The euro fell by 0.2 percent against the dollar in Friday trading amid poor eurozone economic data and predictions that the European Central Bank would cut interest rates and announce a new round of quantitative easing in September.

According to Trump, the stock market would enjoy "one of the biggest" increases "in a long time" if the Fed were to listen to the White House and make further aggressive cuts to interest rates.

Trump also suggested that (presumably foreign) "badly run and weak companies" were "smartly blaming" the US's "small tariffs" on imports "instead of themselves for bad management."

The president has repeatedly attacked the Federal Reserve for US trade performance and companies' inability to compete globally, saying earlier this month that Fed monetary policy was keeping the dollar too strong, and insisting that on a "level playing field," US companies would be able to outcompete anyone.

Earlier, following the Fed's 25 basis point cut in interest rates to 2-2.25 percent in late July, Trump accused the regulator of being a bigger "problem" for the US economy than China and its alleged unfair trade practices.

In recent months, the Federal Reserve has expressed concerns over the slowdown in business investments, the decline in global economic growth, and an inflation rate below its two-percent target.

Acting as a 'bank for banks', the Federal Reserve is an independent agency charged with governing the US financial system, with its primary focus being monetary policy. In addition to determining interest rates, the Fed lends to banks as a creditor of last resort, and mandates how much cash banks must keep in their vaults.