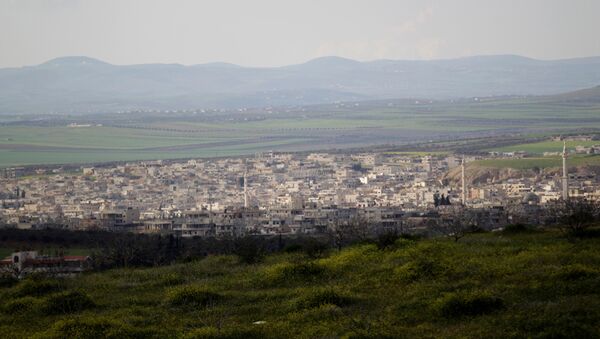 DAMASCUS (Sputnik) - Syrian forces, as of Friday morning, have gained control over 10 villages located east of the already liberated town of Khan Sheikhoun in the province of Idlib, a Syrian military source said.

The armed forces continued moving in the south and the southeast of Idlib, striking the fortified positions of the terrorist groups and pushing them out of the areas where they were staying and inflicting serious damages on them, a Syrian military source said.

The Syrian military launched an offensive in Idlib province, which is the last Syrian province partially under the control of anti-government militias and terrorist groups, earlier this month. The move followed the militants’ failure to comply with a ceasefire deal stipulating the withdrawal of medium and heavy weapons from the frontline, and regular attacks on Syrian army positions and civilian areas in neighbouring Hama province.

During the civil conflict in Syria, Khan Sheikhoun served as a major strategic strongpoint for anti-government militias and terrorist groups.