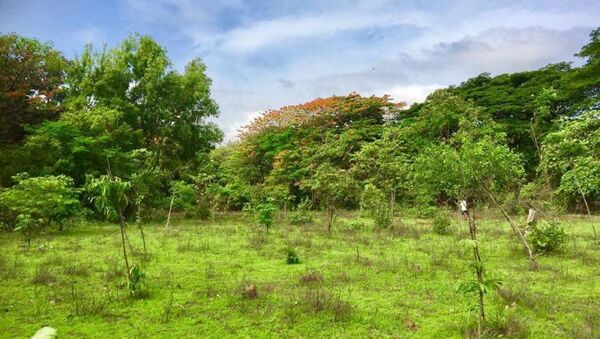 New Delhi (Sputnik):  A large number of people in India's financial hub Mumbai are up in arms after learning that the local authority has given the green light to plans to fell thousands of trees in a city that is already regarded as a concrete jungle.

A large number of people have come together to stage protests in different parts of Maharashtra state over the decision to cut down trees in the Aarey Forest area, which is widely seen as the only green lung left in Mumbai, which currently contains an estimated 22 million people as well as a sizeable migrant population.

Anger initially erupted on Thursday after the tree authority of the local governing body Brihanmumbai Municipal Corporation green lit a move to fell 2702 trees in the Aarey Forest to make way for the Metro-3 car shed.

The proposal was supported by both the Bharatiya Janata Party, the ruling party of Maharashtra state, and the opposition party Nationalist Congress Party. However, Shiv Sena, a supporter of the ruling BJP, has vehemently opposed the move.

A BJP member in the BMC Tree Authority backed the proposal claiming that the metro train is essential, noting that it will not only "save fuel but will also protect the environment.”

But many locals want the local authority to come up with an alternative plan.

Some people posted video messages on social media describing the move as a "land grabbing exercise".

​Sensing growing discontent among voters, the State’s main opposition party Congress has been mulling plans to take legal action against the decision to fell the trees. Congress had previously staged a walkout from the meeting while the decision was being taken.