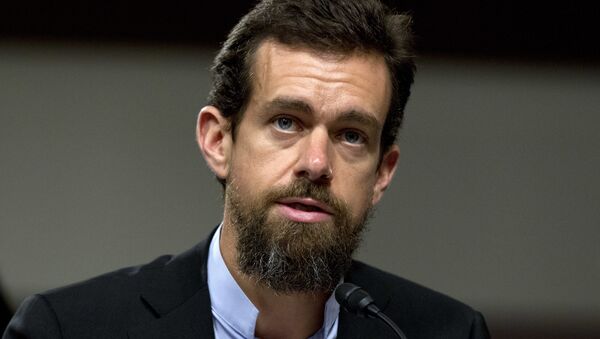 Twitter CEO and co-founder Jack Dorsey’s account was hacked Friday afternoon, resulting in posts that likely surprised his millions of followers. Some reports claim that the executive’s page was hacked by a group that refers to itself as the “Chuckle Squad.” 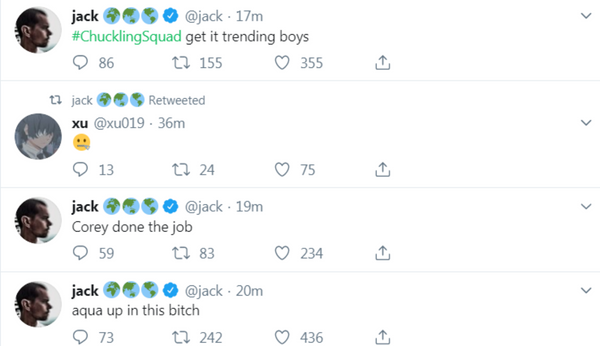 The Twitter account of CEO Jack Dorsey was hacked, and later filled with racist and vulgar tweets. The offensive messages lasted on the page for roughly 20 minutes before being taken down.
© Screenshot/Jack Dorsey 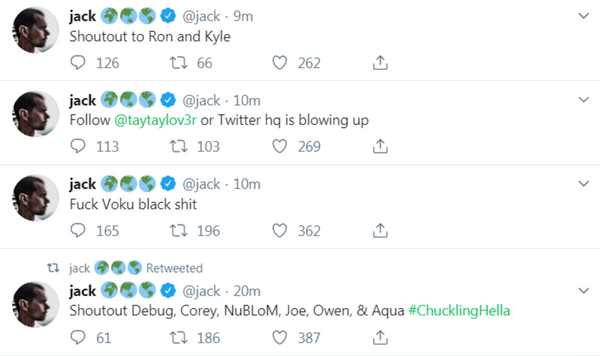 Account of Jack Dorsey, CEO and co-founder of Twitter, has his account hacked. The act was reportedly carried out by a group that calls itself the "Chuckle Squad."
© Screenshot/Jack Dorsey 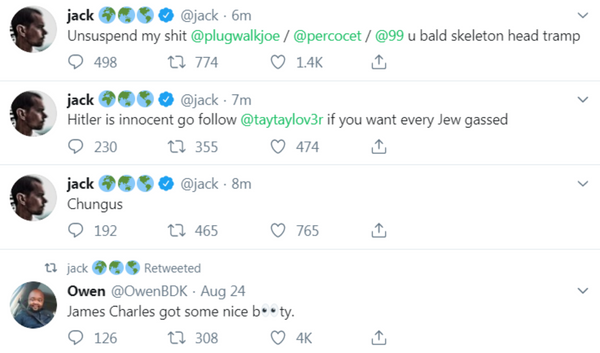 Another tweet read, “Hitler is innocent go follow @taytaylov3e if you want every Jew gassed.” Other posts also included the N-word.

​Many of the tweets were accompanied with the hashtag “ChucklingHella.”

The tweets were removed from Dorsey’s page within roughly 20 minutes of being posted.

​The hackers also tweeted a link to a Discord server, which is used by video gamers to exchange messages, but Discord deleted the server invitation link quickly after it was posted.

​​“Both the server and the server owner were permanently removed from Discord within minutes of this being reported to us,” a Discord representative confirmed to The Verge.

​Twitter has also confirmed that it is “aware that @jack was compromised and [is] investigating what happened.” More than an hour later, Twitter filed a follow-up tweet, saying, “the account is now secure, and there is no indication that Twitter’s systems have been compromised.”

​Some reports claim that the tweets on Dorsey’s account came from Cloudhopper, a tool which allows tweets to be posted via text messages from a phone. According to a Twitter user, “The Tweets are coming from a source called Cloudhopper. Cloudhopper was the name of the company Twitter acquired a long time ago to help bolster their SMS service.”

​Chuckle Squad may have also hacked social media accounts belonging to several bloggers and YouTubers last week, including James Charles, Shane Dawson and comedian King Bach. Many of the victims claim that their accounts were hacked after a SIM card swap by telecommunications company AT&T. However, the details remain unclear.