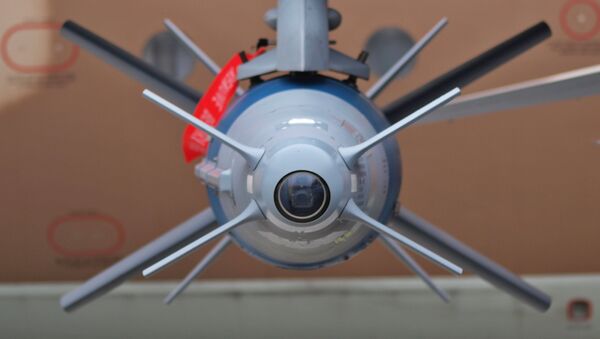 Earlier, a group of Iraqi lawmakers described the recent spate of airstrikes in the country allegedly conducted by Israel as a “declaration of war” by Tel Aviv.

Israel is “absolutely” responsible for the spate of attacks against pro-government Popular Mobilisation Unit (PMU) militia in Iraq, Ahmad al-Assadi, a spokesman for the Fatah Coalition, a major Iraqi parliamentary group, has claimed, citing the findings of government probes.

“Some of the government investigations have reached a conclusion that the perpetrator behind some of the attacks is absolutely, certainly Israel,” al-Assadi said, his remarks quoted by AFP.

“The government is preparing sufficient evidence and documents to complain to the Security Council. It won’t submit a complaint against an unknown entity,” the lawmaker added, declining to comment on the specifics of what the probes have apparently found.

The PMU is a collection of mostly Shia Iraqi paramilitary groups formed in 2014 to fight Daesh (ISIS)*, and has received assistance and training from Iran. Reports that Israel may be behind a series of mysterious air attacks against PMU bases in Iraq began swirling in July. Israel did not respond to the claims at the time. 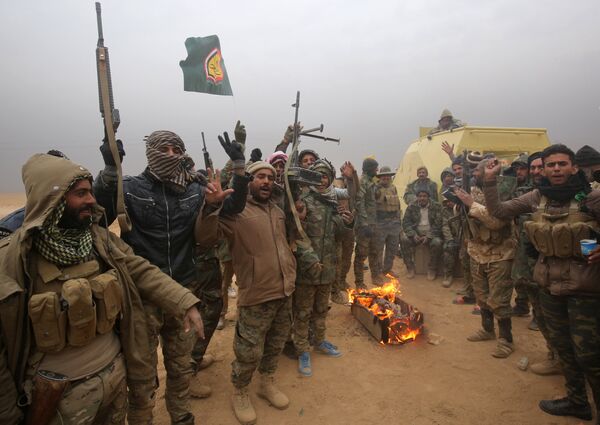 Iraqi Shiite fighters from the Hashed al-Shaabi (Popular Mobilisation) paramilitaries gesture to the camera as they warm up around a fire near the village of Tal Faris, south of Tal Afar, on November 30, 2016, during a broad offencive by Iraq forces to retake the city Mosul from jihadists of the Islamic State group
© AFP 2022 / AHMAD AL-RUBAYE

The PMU began accusing Israel of being behind the attacks last week, with members of the organization claiming they had “proof” that Israeli air power had hit “several targets in Iraq, including the al-Saqr and Amerli bases.”  The group also blamed the US for the attacks, saying Iraq’s airspace was controlled by the US Air Force, and that Israel could not conduct attacks in Iraq without the US knowing about it.

Late last week, Israeli Prime Minister Benjamin Netanyahu broke his silence on the attacks, hinting at Tel Aviv's involvement by saying the military had been given the “freedom of action” wherever necessary and however necessary to confront the “Iranian threat.” “I don’t give Iran immunity anywhere,” he said.

Also last week, senior anonymous US officials told the New York Times that Israel had carried out “several strikes” in Iraq in recent weeks, and that Tel Aviv’s behaviour was risky for the US, since it could push Baghdad to kick US forces out of the country.

Last Friday, Iraqi Vice President Nour al-Maliki warned that continued Israeli strikes on his country could result in Iraq “transform[ing] into a battle arena that drags in multiple countries, including Iran.”

On Monday, the Fatah Coalition said it holds the US fully responsible for Tel Aviv’s alleged actions, and called on the US to withdraw its remaining 5,000 or so troops from the country. The bloc also warned that Baghdad reserves the right to respond to Israel’s aggression.