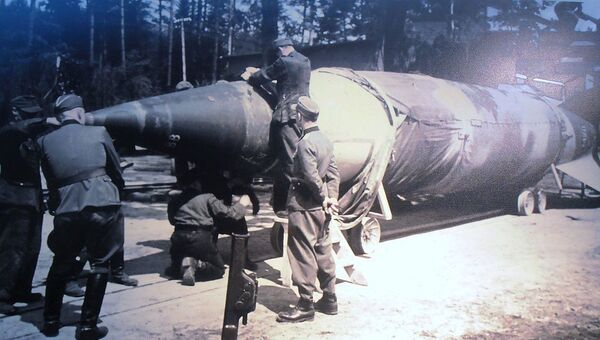 The topic of a Nazi nuclear device has been subject to decades of speculation, with historians and enthusiasts alike mulling a variety of ‘what if’ scenarios about what would have happened if Adolf Hitler had somehow got his hands on a nuclear bomb as part of the Reich’s extensive research into Wunderwaffe (‘Miracle Weapons’).

Hitler’s Germany was unable to create a nuclear bomb for quite a banal reason - because the Nazi leadership did not consider it a big enough priority, Dr. Andrei Gagarinsky, a Russian nuclear historian and advisor to the director of the Kurchatov Institute National Research Center, has explained.

“Hitler never did end up getting on board with scientists responsible for [the Reich’s] nuclear programme. Plus, simply not enough time was allotted to them by history,” Gagarinsky said, referring to the Allied advance into Hitler’s ‘Fortress Europe’ from the east and the west in 1944 and 1945.

According to Gagarinsky, the final crucial but ultimately futile attempt to launch a Nazi nuclear reactor was carried out by German physicist and Nobel laureate Werner Heisenberg, with that effort taking place “in May 1945, under the roar of French tanks.”

Part of the problem, Gagarinsky stressed, was the lack of funding for the project.

“In Heisenberg’s own words, he did not have the sufficient ‘moral courage’ to request the necessary resources…compared if not with the hundreds of millions of dollars which the head of the US Manhattan Project had access to, then at least to the funds allocated to Werner von Braun for the V-series of missiles,” the historian explained. 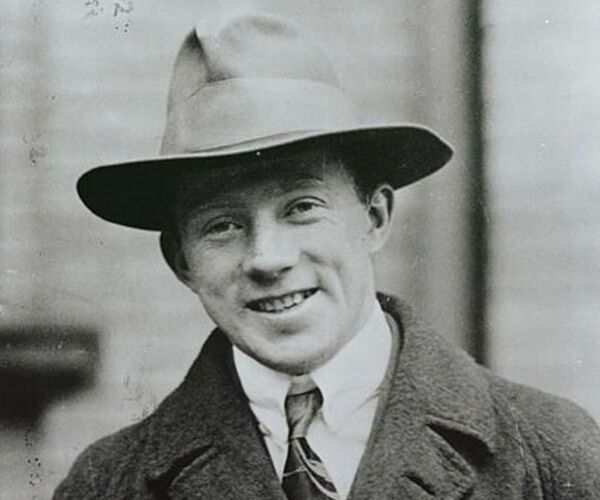 Thankfully for the Allies, Nazi Germany’s work on nuclear weapons was a history of fits and starts, with the first efforts beginning as early as April 1939, only to be abandoned by the invasion of Poland in September of that year, which saw several of the physicists involved drafted into the military. A second programme, this time placed under military supervision, was begun shortly after the war started, with Heisenberg estimating it would take at least five years for an atomic bomb to be created. In 1942, however, the project saw some of the resources committed to it diverted for other purposes, with Berlin looking for a faster payback period on its various Wunderwaffe programmes.

Nevertheless, throughout most of the war, the Nazis had the theoretical scientific, chemical, electrical, engineering and non-ferrous metallurgy technology, and knowledge of nuclear physics, to eventually build a nuclear bomb.

Despite its top secret status, the Nazi nuclear program was known about by the Allies, who sought to sabotage or destroy it at all costs. One key facility, an industrial-scale uranium oxide plant was bombed by the US Air Force in March 1945, ostensibly to stop the Nazis, although it has been speculated that the bombing was aimed at stopping the Red Army from capturing the strategic facility intact. 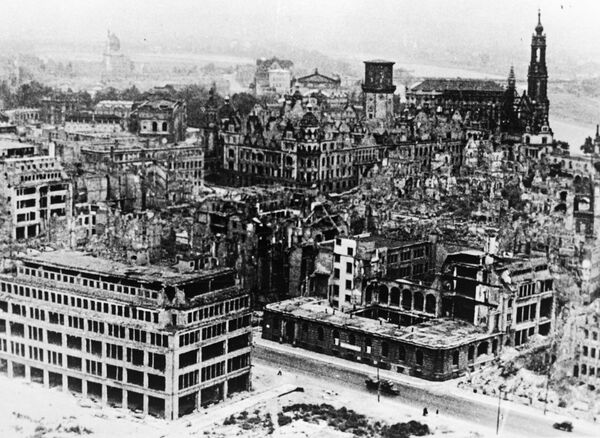 Remnants of the city of Dresden following the Allied bombing during WW2. File photo.
© Sputnik / РИА Новости
/
Go to the photo bank

The question of whether the Nazis ever successfully developed a nuclear bomb before the end of the war continues to be debated to this day, although much of it is based on rumours, including the testimony of a German test pilot, who claimed to have identified a ‘mushroom cloud’ near a nuclear research facility in Ludwigslust, northeastern Germany, in 1944.

After the war, the Pentagon carried out Operation Paperclip, capturing a plethora of Nazi nuclear and rocket scientists, physicists and all manner of other personnel engaged in advanced weapons research, with these scientists sent back to the US to work on US programmes, ranging from nuclear missiles to rockets for the Space Race. The Soviets got their hands on a smaller number of German scientists, including several dozen physicists and mathematicians.

Thursday marked the 70th anniversary of the test of the first Soviet atomic bomb, which eventually helped to establish nuclear parity between Moscow and Washington, and to ensure the longest period of peace in the modern period. The Soviet nuclear project began in 1942 in response to the US project, with a large network of spies keeping Soviet leader Joseph Stalin and others in Moscow well informed about the Manhattan Project. 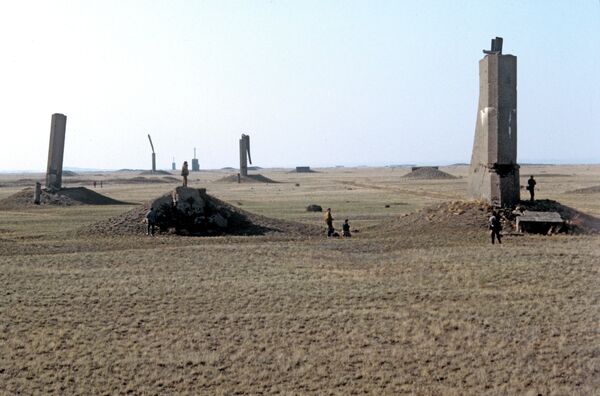 Soviet and foreign journalists visited the site of the first nuclear test that had been conducted 29 August 1949. The epicenter of the explosion, at Semipalatinsk nuclear test site.
© Sputnik / Alexander Liskin
/
Go to the photo bank