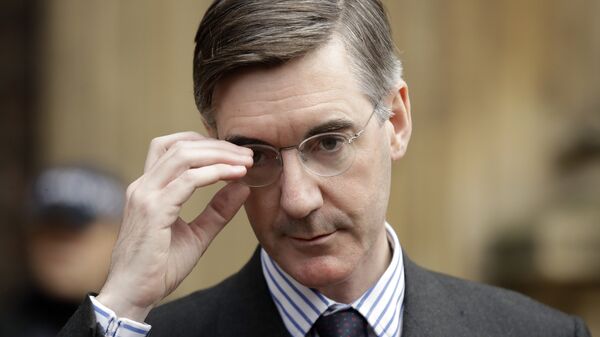 UK parliament leader Jacob Rees-Mogg said that it was not constitutional for the speaker to express his opinion on suspending parliament as he did, because he was not directed to do so by parliament.

He added that the outrage over suspending parliament was "Phony".

According to him, lawmakers opposed to a no-deal Brexit have two choices; change the government or change the law.

"All these people who are wailing and gnashing of teeth know that there are two ways of doing what they want to do," Rees-Mogg said. "One, is to change the government and the other is to change the law. If they do either of those will that will then have an effect.”

"If they don't have either the courage or the gumption to do either of those then we will leave on the 31st of October in accordance with the referendum result," Rees-Mogg stressed.

Jacob Rees-Mogg said that it will be up to the EU to decide whether to offer a deal, or insist on the "vassalage" of the UK.

He added that it was wrong to say that the government had "put the Queen in an awkward position".

The British PM explained his decision to suspend the Parliament in a letter to Conservative MPs by stating that the previous parliamentary session had lasted much longer than usual – for 340 days – and thus needed to be brought to a close in order to outline “key Brexit legislation” in a new session.