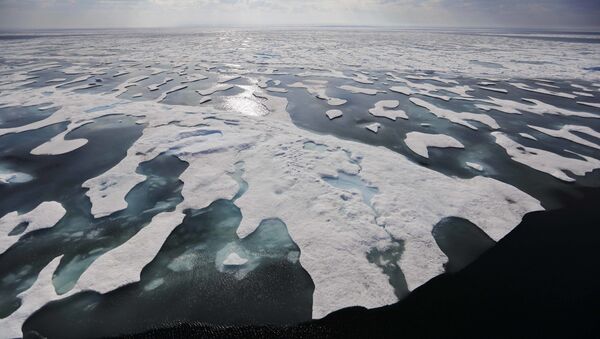 © AP Photo / David Goldman
Subscribe
Earth could see a decline in fish stocks, a 100-fold increase in the destruction caused by superstorms and millions of people displaced due to rising sea levels, a 900-page draft report by the United Nations allegedly warns.

The report, written by the United Nations’ Intergovernmental Panel on Climate Change (IPCC), will be officially released on September 25. However, a draft of the “special report” on the Earth’s cryosphere was obtained by the AFP news agency.

According to AFP, the draft report found that without a significant reduction of greenhouse gas emissions, as little as 30% of the Northern Hemisphere’s surface permafrost could melt by 2100, resulting in massive flooding. In addition, a rise in global sea levels could displace more than a quarter of a billion people.

"Even if the number is 100 or 50 million [people displaced] by 2100, that's still a major disruption and a lot of human misery," Ben Strauss, CEO and chief scientist of the nonprofit research organization Climate Central, told AFP.

"When you consider the political instability that has been triggered by relatively small levels of migration today, I shudder to think of the future world, when tens of millions of people are moving because the ocean is eating their land," he added.

In addition, the draft report predicts that annual flood damages will increase by “two to three orders of magnitude” by 2100, AFP reported.

In an editorial published Thursday in Reuters, Greenpeace International Executive Director Jennifer Morgan wrote that "tackling the climate emergency and protecting our oceans go hand-in-hand," explaining that "the oceans naturally take in huge amounts of carbon dioxide and are a key defense against the worsening impacts of climate change."

"Scientists are clear that we need to protect at least 30% of our global oceans by 2030 if we are to safeguard wildlife and to help mitigate the impacts of climate change," Morgan explained. "But that will only happen if an ambitious ocean treaty is adopted fast and opens the door to creating effective ocean sanctuaries in international waters."

Earth’s average temperature has risen by 1 degree Celsius since the 19th century.  And the forecast is bleak, with the temperature expected to further increase by 2 to 3 degrees by the end of the century.

000000
Popular comments
Yes, since we left the little ice age temperatures have went slightly up but expect some cooling in the future because of the grand solar minimum. Storms have not increased and NASA erased the temperature records of the 30's. Visit Tony Heller on youtube. He has been debunking the alarmists since a very long time.
Drago667
30 August 2019, 04:57 GMT2
000000
not long ago putin said climate change is not man made