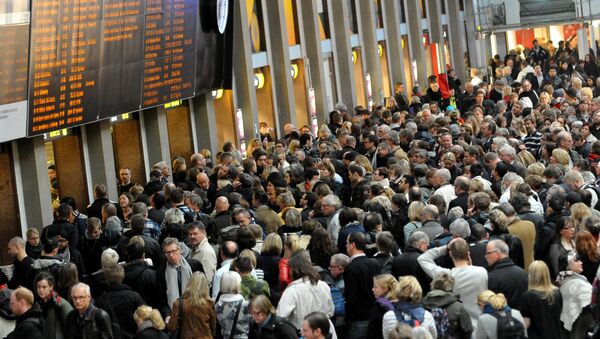 Former employment minister Sven Otto Littorin of the liberal-conservative Moderate party reacted strongly to a recent piece about crime and school mobbing published by the Swedish newspaper Svenska Dagbladet, stressing that he doesn't regret his decision to move abroad.

Commenting on a piece about a 13-year-old who was terrorised at school by a youth gang to a point where his family was forced to flee the city, Littorin said that he doesn't regret his decision to move abroad, adding that he is not sure he ever dares to move back.

In a Facebook rant, Littorin called the piece “one of the worst texts” he's read in a long time, stressing that it made him “angry, desperate and inexplicably sad”. Littorin suggested that the “breach of the social contract” had prompted people to “vote with their feet”. According to Littorin, those who can afford it choose to move, be it “to a quieter part of the country or abroad”.

“Those who lack these opportunities remain where they are. This is devastating. There is no other word”.

Littorin predicted that “more gated communities” will emerge, forcing some to leave the country for good.

“Is this the Sweden we want? Not me,” he wrote.

Littorin stressed that moving abroad was not a political stance, but rather a step dictated by genuine concern and fear for the future of one's children.

“If I have to choose between the children's safety or being politically correct, I always choose the former,” he stressed.

Sven Otto Littorin, Sweden's employment minister between 2006 and 2010, currently resides in Dubai, the largest city in the United Arab Emirates, which he called “a country with one of the lowest number of reported crimes in the world”. His daughter admittedly attends a British school.

“The question is whether you want to move back,” he noted.

Since the 2000s, emigration from Sweden has become an increasing trend. In 2018 alone, 46,981 people emigrated, representing an increase of 1,361 compared to the previous year. 2015 was the bumper crop year for emigration with 56,000 Swedes choosing to move abroad. This is comparable to the exodus which occurred at the end of the 19th century, when up to 50,000 Swedes emigrated annually, mostly to the US.