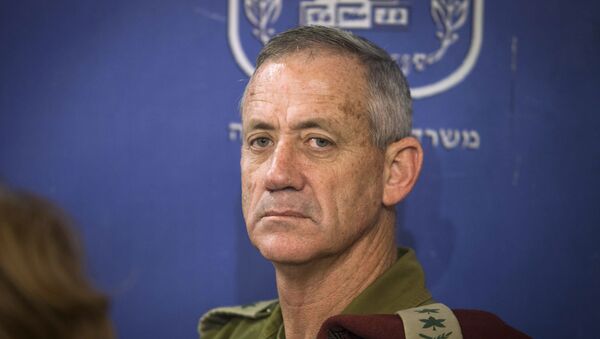 If you’re about to call bonkers on this, you’re not the only one: the same Israeli party which was purportedly hacked by villainous Russians dismissed the report, citing its suspiciously convenient timing.

Just when you think the world had had enough of the constant ‘Russian hacker’ narrative that US politics and mainstream media keep pushing without coherent proof, some Israelis decided to kick that excruciatingly dead horse just one more time.

According to a report by Israel’s Channel 12, tech security audit company CGI - hired by the Blue and White party to check for cybersecurity flaws - came to the conclusion that those notoriously pesky Russian hackers had breached the phones of Benny Gantz, party leader and main political opponent of Prime Minister Benjamin Netanyahu, as well as phones belonging to Hod Betzer, Ido Har-Tuv and Ronen Moshe – Gantz’s chief of staff, campaign leader and adviser, correspondingly.

“This is a powerful hack the likes of which we have never seen before,” CGI gushed in their summary, according to The Jerusalem Post.

Instead of ringing alarms, however, the party took the CGI report with a big bag of salt and turned to other cyber experts for a second opinion. Why? Because the CGI findings come suspiciously close to the upcoming 9 September Parliamentary election.

“Political officials who are worried about our forthcoming victory tried to obtain information from the leadership of the campaign,” the party said in a statement, according to The Jerusalem Post. “The [CGI] report spoke of suspicion of an attempt to obtain information, but it turned out to be a lie. We turned to cyber experts in the field and they found that none of the phones were hacked.”

The incident evokes memories of a very similar incident which took place in March, when Israeli counterintelligence agency Shin Bet told Gantz that his phone had been hacked – that time, by the Iranians.

The party dismissed that report too, observing that the timing was suspicious.

“We do not comment on issues that touch on core aspects of Israel’s security,” the party said. “It should be emphasized that this event took place four years after Benny Gantz completed his service as IDF chief of staff and therefore raises important questions as to the specific timing of publication of this news item.”