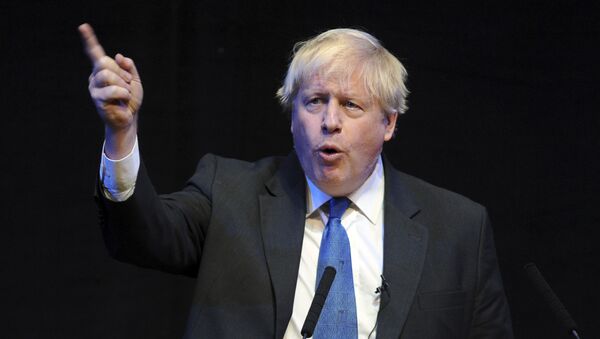 The Conservative Party have been mired with parliamentary deadlock after the 2017 election, seeing Theresa May's attempts to pass her Brexit withdrawal agreement thrice defeated due to opposition votes. New PM Boris Johnson has seen threats by opposition MPs to form a form a Government of National Unity to stop a no-deal Brexit.

Britain's ruling Conservatives intend to call an snap general election in November, Conservatives have reportedly told senior sources at northern Ireland's Democratic Unionist Party (DUP), according to the editor of the Unionist Voice blog on Thursday.

​The DUP is currently in a confidence and supply arrangement with the Conservatives, keeping Prime Minister Boris Johnson in power.

The Conservatives do not have a majority of their own and even with partnership with the northern Irish party, their majority currently stands at a single seat.

Boris Johnson's predecessor Theresa May was unable to pass her Brexit Withdrawal Agreement due to parliamentary deadlock after losing her majority in the 2017 General Election.

The rumours come just as the Prime Minister asked the Queen to suspend parliament until 14th October.

Opposition MPs from Labour, Liberal Democrats, Nationalist, and Green parties met earlier in the week to oppose any plans to bring the UK out without a deal.

An election in November would come after the official 31 October deadline of the UK's exit from the European Union.