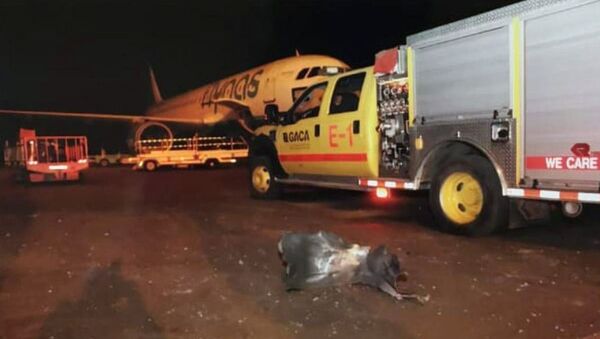 Yemen's Houthi rebel forces have attacked Saudi Arabia's Abha Airport with a cruise missile, Reuters reported, citing a spokesperson for the armed Houthi political opposition faction. There has been no official confirmation from Riyadh.

On Wednesday, Yemen's Houthis announced that they had used armed drones to attack military positions in southwestern Saudi Arabia. The Houthis routinely launch drones toward Saudi Arabia, as Riyadh has been carrying out an ongoing war in Yemen in support of the internationally-recognized government of the poorest nation in the Middle East.

Yemen has been engulfed in an armed conflict between government forces led by President-in-exile Abdrabuh Mansour Hadi and the armed political opposition Houthi faction movement for several years.

The Saudi-led coalition has been carrying out airstrikes against the Houthis at Hadi's request since March 2015. The conflict has resulted in a massive humanitarian crisis in the poverty-stricken country.