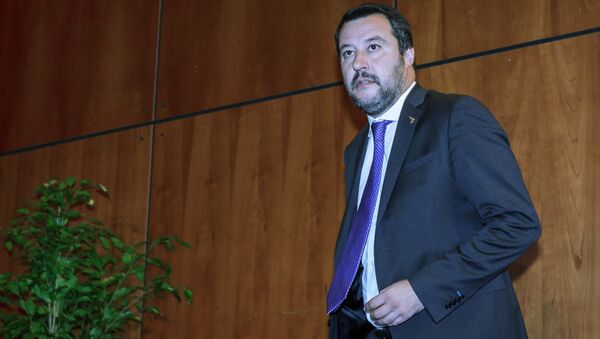 The level of trust the Italian people have toward Salvini has gone down from 51 percent to 36 percent over the past month, while for Conte it has only dropped from 56 percent to 52 percent, according to Ipsos' findings, as cited in Italy's Corriere Della Sera newspaper.

The pollster found that the politicians' approval ratings also differed dramatically — Conte had 52 percent while Salvini only had 29 percent.

President Matarella remains in good standing among Italians, with his trust index at 57 percent and approval rating at 65 percent, according to the poll.

With regards to the two directions in which the government crisis could go, the findings suggested that 43 percent of Italians wanted a new government, while 33 percent favoured a snap election.

Ipsos conducted the survey among 600 respondents on 26-27 August.

Conte announced his resignation on 20 August, thus terminating the 14-month-long coalition government led by Salvini's Lega party and the 5-Star Movement (M5S) of Deputy Prime Minister and Economic Minister Luigi di Maio. Since then, President Sergio Mattarella has been engaged in consultations with all political parties with the aim of finding a solution to the crisis, which under Italian law can come out in one of two ways: a new government is formed or snap general election is called. Salvini has actively pushed for the latter scenario. 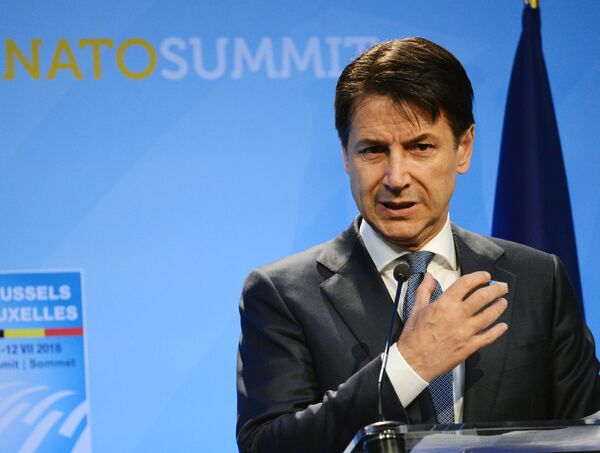 Prime Minister of Italy Giuseppe Conte at the NATO summit of heads of state and government, Brussels
© Sputnik / Alexey Vitvitsky
/
Go to the photo bank

On 8 August, Salvini announced to Conte that the government coalition was practically dysfunctional because of internal disagreements and therefore could no longer exist. He called for a vote of no confidence in the government after M5S blocked a series of Lega initiatives. When Conte handed in his resignation to President Sergio Mattarella, he lashed out at Salvini at the Senate for disrespecting the constitution and pursuing a personal agenda. Salvini allegedly orchestrated the coalition's collapse in order to convene snap general election in which, judging from opinion polls at a time, his party would prevail and form a right-wing government.

The situation, however, developed into a different scenario. While a snap election is still a possibility, most experts tend to expect that M5S and the Democratic Party will form a new coalition. These two parties are currently engaged in negotiations and are expected to announce their decision to Matarella by the end of the day when he concludes the final round of consultations with all political forces.