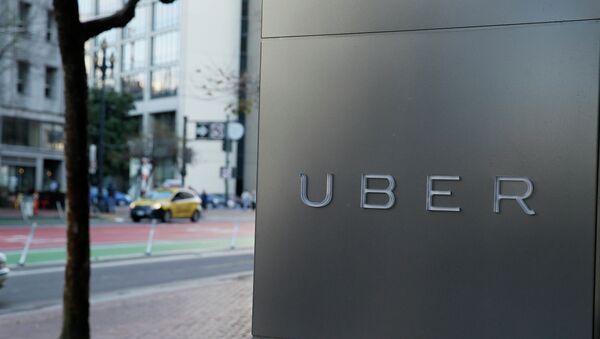 WASHINGTON (Sputnik) - A former executive of the Uber transportation network has been indicted on a charge of allegedly stealing trade secrets from Google, the US Department of Justice said in a press release on Tuesday.

“A federal grand jury in San Jose has indicted Anthony Scott Levandowski on theft of trade secrets charges“, the release said. “The indictment was returned on August 15 and unsealed on August 26”.

According to the indictment, Levandowski, 39, of Marin County, was a Google engineer and a founding member of the group that worked on Google’s self-driving car project from 2009 until he resigned from the company without notice on 27 January 2016..

“All of us have the right to change jobs. None of us has the right to fill our pockets on the way out the door. Theft is not innovation”, US Attorney David Anderson said in the release.

The indictment alleges that Levandowski downloaded from Google repositories many engineering, manufacturing and business files on the company’s LiDAR and self-driving car technology, the release said.