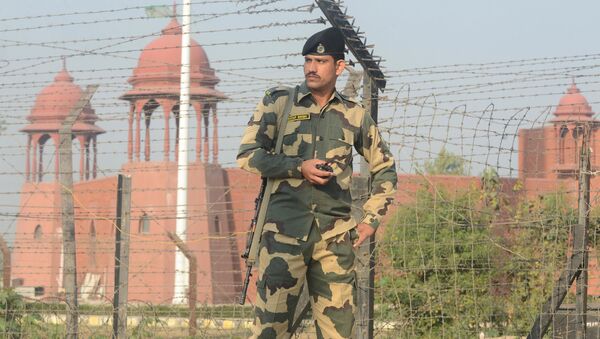 New Delhi (Sputnik): A Pakistani cabinet minister’s announcement on 27 August about Islamabad mulling the closure of its air space and land routes to India has reportedly left Afghanistan concerned for economic and political reasons, sources said.

Afghanistan, which is set to hold presidential elections next month and has significant trade ties with India, believes that denying New Delhi air and road access will negatively impact both the polls and bilateral trade.

A senior Afghan government official, said to be one of President Ashraf Ghani’s key advisers, approached his Pakistani counterpart and requested Islamabad not to shut the country’s airspace or the Torkham land border crossing, sources requesting anonymity revealed.

He said that the Pakistani Cabinet considered these two steps during a meeting on Tuesday, 27 August, adding that legal formalities are now under consideration.

Pakistani Foreign Minister Shah Mehmood Qureshi has said: “Any decision on the airspace closure would be taken by Prime Minister Imran Khan himself".

Meanwhile, Pakistan’s Civil Aviation Authority (CAA) has issued a Notification to Airmen (NOTAM) saying that three aviation routes over Karachi will be closed for all international flights until 1 September of this year “due to operational reasons”.

Pakistan reopened its airspace to India in mid-July after nearly five months.

The country closed it in February after the Indian Air Force (IAF) launched what it claimed was a successful “pre-emptive” air missile strike on an alleged training camp of the banned Jaish-e-Mohammad terror group in Pakistan’s Balakot region.

The airstrike was preceded by a suicide bomb attack on 14 February on a security convoy in Kashmir’s Pulwama region that claimed 40 Indian security personnel’s lives.

The airspace closure then forced planes to take long detours that cost airlines millions of dollars.

India’s decision on 5 August to revoke Jammu and Kashmir's special status and divide the region into two federally administered territories – Jammu and Kashmir, and Ladakh, has led to heightened tensions with Pakistan.