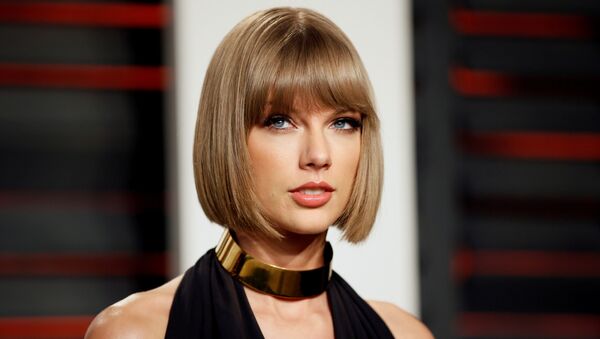 The Pulp Fiction star has already botched an award ceremony before: in 2014 he messed up an introduction during the Academy Awards after he announced "Frozen" artist Idina Menzel as Adele Dazeem. The speculation about his new gaffe arose following an issue at the 2019 MTV Video Music Awards.

John Travolta has stolen Taylor Swift’s thunder on social media after he allegedly tried to give an MTV award for video of the year to “drag queen Taylor Swift” instead of the 29-year-old hit-maker. On a video from the 2019 MTV Video Music Awards at the Prudential Centre in Newark, N.J. ceremony, taken after Swift was announced as winner, the 65-year-old is seen to offer the award to man from "RuPaul's Drag Race”, Jade Jolie. The performer smiles back at him before sharing a laugh. Apparently, the drag queen, who featured in Taylor Swift’s award-winning “You Need to Calm Down” video with other LGBTQ stars, looked too much like the songstress as netizens suggested.

please tell me the presenter did not just mistake jade jolie as taylor 😭 #VMAs pic.twitter.com/rQojnjot8h

​Some implied that Travolta did not know what Taylor Swift looked like.

Love Travolta having no clue who Taylor Swift is. #MTVVMAs pic.twitter.com/gZ3ri1cnzX

​The “clueless Travolta” gifs could not have come at a better time.

​There were those who backed the fooled star, noting that Jade Jolie looked a lot like the country music sweetheart.

To be fair, jade jolie looked A LOT like taylor swift. #VMAs https://t.co/5qpadyCwip

​One commenter pointed out that the gaffe is even funnier than it might seem at first as the actor asked his co-host Queen Latifah to open an envelope and announce the winner joking he would “mispronounce s--- and f--- it up”.

John Travolta accidentally giving Taylor Swift’s award to a drag queen is OBJECTIVELY FUNNIER by the fact that literally one minute earlier he made Queen Latifah read the envelope so he WOULDN’T MESS UP pic.twitter.com/jfzkDPI2Fd

Travolta apparently referred to his 2014 Academy Award gaffe when he messed up "Frozen" star Idina Menzel's name, who was supposed to sing "Let It Go" during the ceremony.

"Please welcome the wickedly talented, one and only, Adele Dazeem”, he then announced, prompting a storm on social media.