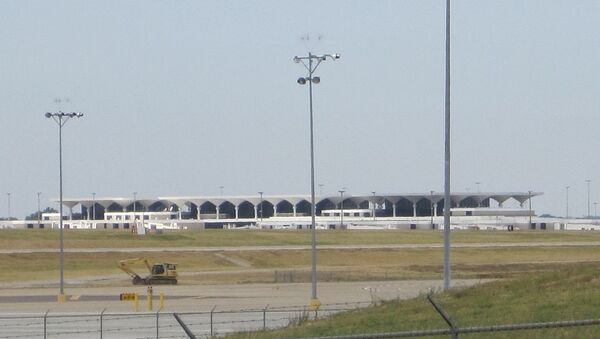 New Delhi (Sputnik): A former hotelier partner of US President Donald Trump’s family has been arrested for stealing luggage from a US airport, a media report said.

Dinesh Chawla, the Indian-origin CEO of Chawla Hotels, was arrested at Memphis International Airport after purportedly admitting he stole two bags containing items worth about $4,000.

Chawla grabbed the bags off the airport's baggage conveyer last weekend and put them in his car, before entering the airport again to catch a flight, India's PTI news agency quoted police as saying.

During questioning Chawla is said to have revealed that he knew he was in the wrong, but added such acts thrilled and excited him.

He confessed to stealing luggage "over a lengthy period of time", the report said.

Chawla and his brother Suresh operate a chain of hotels and motels in the northwest Mississippi Delta region in the US state of Mississippi and are now constructing a luxury hotel in Cleveland, Ohio.

They were involved in a partnership with the Trump Organisation until February this year. President Trump's sons, Donald Trump Junior and Eric, withdrew from the partnership citing alleged "harassment" from the opposition Democrats.

The Chawla-Trump partnership began in 1988 when V. K. Chawla, the father of Dinesh and Suresh Chawla reached out to Donald Trump years before he became US President for help to start a motel in Greenwood, Indiana.

Trump had then advised V K Chawla to apply for a business loan which he did successfully attain.