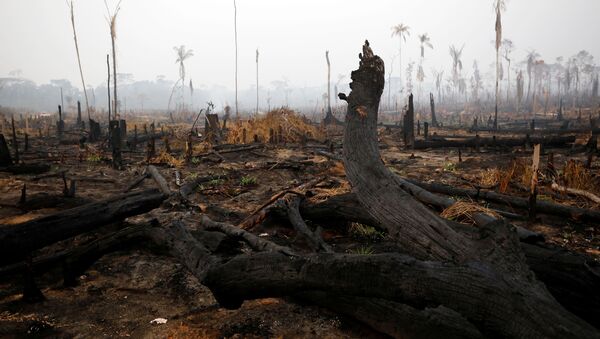 WASHINGTON (Sputnik) – US President Donald Trump was a no-show at the G7 session on climate due to previously scheduled meetings with top officials from India and Germany, the White House said.

"The President had scheduled meetings and bilaterals with Germany and India, so a senior member of the Administration attended in his stead", White House spokeswoman Stephanie Grisham said in a statement.

In the past, Trump’s withdrawal of the United States from the Paris accord on climate change has been widely criticized by other members of the G7, all of whom support the deal. Trump claims the accord would have sacrificed economic growth in the United States.

Trump said later on Twitter that he had a "productive" meeting with German Chancellor Angela Merkel and "great" talks with Indian Prime Minister Narendra Modi.

Prior to the beginning of the G7 summit in the French resort town of Biarritz, French President Emmanuel Macron called fires in South America a serious international crisis and criticized his Brazilian counterpart, Jair Bolsonaro, for not following his obligations to combat climate change.

The fires in Amazonia have been going on for weeks. Their current area has already surpassed the territory affected by all fires in the region in 2018 by 82 percent. According to the Brazilian National Institute for Space Research, there have been 1663 new fires registered in the country on 22-23 August, half of them in the Amazon basin.