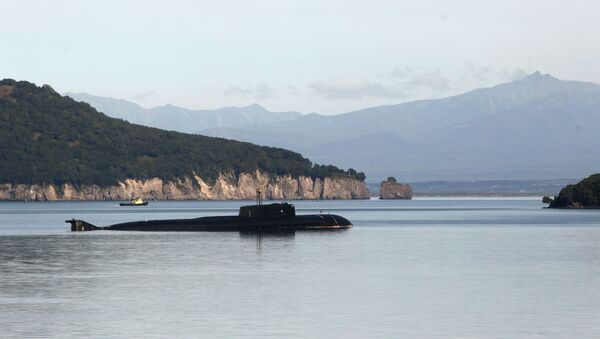 Two submarines from projects 671 and 949A, tugboats of a support detachment, high-speed special watercraft, and more than 50 military personnel were involved in the exercises.

The Russian Navy's Pacific Fleet has conducted submarine manoeuvres in Kamchatka, the Russan Defence Ministry has said in a statement.

During the naval exercises, the military worked out the undercover withdrawal of nuclear submarines from the base point.

To achieve the goal, operational crews from radiation, chemical and biological protection created an aerosol screen while a special forces unit used grenades against the underwater sabotage forces.

The Russan Defence Ministry has published a video of the exercises on its website.