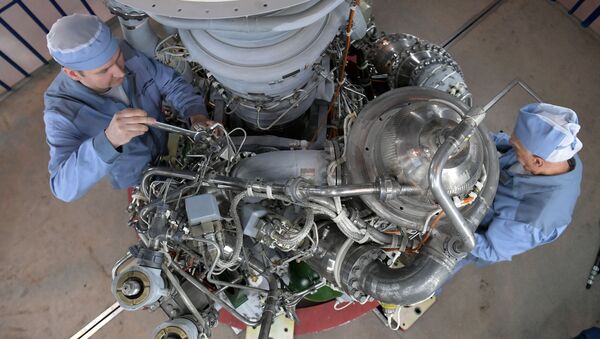 "Russia is offering its semi-cryogenic rocket engine technology to India under the 'Make-in-India' programme. The rocket engines could be made in India and used in our rockets", Sivan told the news agency IANS.

According to the official, this issue is currently under discussion, and no specific agreements have been reached yet.

"What has been finalised is the agreement to train Indian cosmonauts by Russia for our human space mission Gaganyaan", the head of the Indian space agency added.

The media earlier repeatedly reported about India's interest in Russian rocket engines without specifying either the type or model of the engine. Last week, the head of Russian space agency Roscosmos, Dmitry Rogozin, said that Russia might sell RD-180 engines to India. Russia's RD-180 engines are now exported to the United States.

India plans to send its first crewed mission, set to include three astronauts, into space by 2022, to mark the 75th anniversary of its independence, with Russia set to assist it. Indian Ambassador to Russia Bala Venkatesh Varma earlier told Sputnik that Russia and India would start cooperating on the matter as early as 2019.