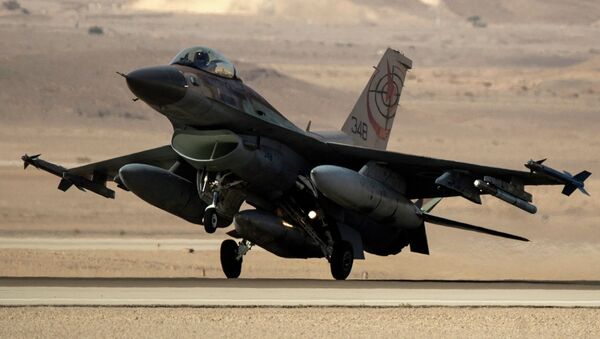 BEIRUT (Sputnik) - Lebanese Prime Minister Saad Hariri on Monday during a meeting with the ambassadors from the five permanent members of the UN Security Council said that Beirut wanted to avoid an escalation of tensions with Israel over recent attacks, but that the international community needed to reject Israel's "blatant violation" of Lebanese sovereignty.

"The Lebanese Government finds an interest in avoiding any slide towards a serious escalation, but this requires the international community to prove its rejection of this flagrant violation of our sovereignty and of resolution 1701", Hariri said, cited by the Lebanese state-run National News Agency.

The prime minister also said that Lebanon would file an official complaint with the UN Security Council, saying that it was important for the council to understand that preserving security and stability in the region was crucial to avoid possible escalation of regional violence to a scope "which no one can predict".

Hariri also announced that his country's Higher Defence Council will hold a meeting on Tuesday to discuss the situation.

Earlier in the day, Israel reportedly carried out airstrikes against a Palestinian position near Lebanon's capital of Beirut and the town of Qousaya. Lebanese President Michel Aoun later called the attacks a "declaration of war".

"Had a great conversation with Prime Minister Netanyahu this morning [...] The United States fully supports Israel’s right to defend itself from imminent threats. Under President Donald Trump, America will always side with Israel", US Vice President Mike Pence said after talking with Israeli Prime Minister Benjamin Netanyahu on Monday.

Lebanon has long noted Israel’s use of Lebanese airspace for ongoing raids, saying that such actions violate the sovereignty of the republic and UN Security Council Resolution 1701, enacted after the 2006 conflict between the two countries.

Israel considers the Iran-backed Hezbollah, based in Lebanon, to be among its main rivals in the region, targeting it with air raids.