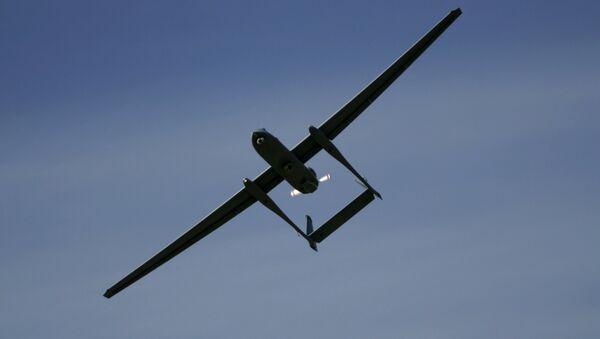 The Israel Defence Forces have yet to comment on claims about the country's drones flying over Beirut, Lebanon.

A drone fell in the southern suburbs of Beirut and a second drone exploded near the ground before dawn on Sunday, a Hezbollah official told Reuters on Saturday, suggesting that the drones were Israeli.

The second drone caused some damage, crashing in a neighbourhood of the Dahyeh suburbs close to Hezbollah's media centre, the official said. Residents in the area said they had heard the sound of an explosion. A witness said the army closed off the streets in one neighbourhood where a fire had started. No other information was immediately available.

The official told Reuters that the drones were Israeli, marking the first such incident in more than a decade.

"The first drone fell without causing damage while the second one was laden with explosives and exploded causing huge damage to the media centre," Hezbollah spokesman Mohamed Afif told AFP later in the day.

The incident came hours after Israel launched airstrikes in neighbouring Syria. However, another Hezbollah official who spoke to the Associated Press could not confirm if the drones were Israeli or if they had been shot down by Hezbollah.

The Israeli military told Reuters it does not comment on foreign reports.

Israeli Prime Minister Benjamin Netanyahu said the strikes in Syria on Saturday thwarted a planned Iranian attack in Israel. Syrian state media said air defences confronted the "aggression" and the army said most of the Israeli missiles were destroyed. Israel said earlier on Saturday its air force has carried out hundreds of strikes in Syria against what it calls Iranian targets and arms transfers to Hezbollah.