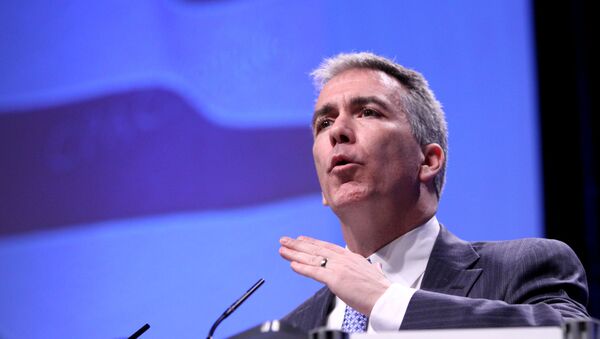 The next US presidential election will take place on 3 November 2020. Current US President Donald Trump officially launched his re-election campaign in Orlando, Florida in mid-July.

Former Illinois congressman and Tea Party favourite Joe Walsh on Sunday announced that he would challenge Trump for the Republican Party's 2020 nomination.

"I'm running because he's unfit. Somebody needs to step up", Walsh told an ABC programme.

Walsh won a House seat back in 2010 but lost his re-election bid in 2012. Since then, he has been hosting a radio talk show.

He has been known for his inflammatory statements regarding Muslims and said that he would be "grabbing his musket" if Trump lost the 2016 election. However, after Trump won the vote, Walsh became a harsh critic of him, calling the US president a liar and a bully.