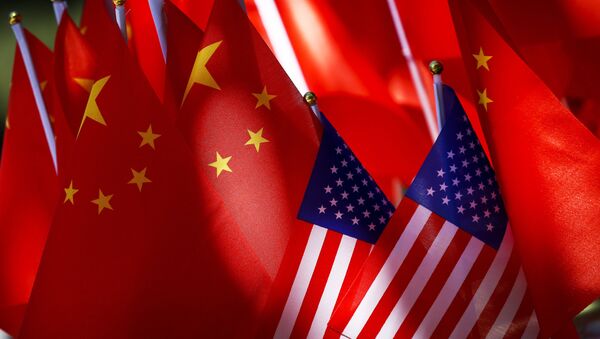 © AP Photo / Andy Wong
Subscribe
On Friday evening, US President Donald Trump announced via Twitter that tariffs on Chinese goods would be stiffened even more.

China has protested the US decision to impose tariffs amounting to some 550 billion dollars, according to the statement published by the Chinese Commerce Ministry.

"On August 24, the United States announced its plans to increase tariffs on $550 billion in Chinese imports. China is lodging a strong protest with regard to the decision," the statement read.

The day before, China announced 10 percent and 5 percent tariffs on $75 billion worth of imported US goods, including soybeans, wheat, corn, beef, pork and crude oil.

Following China's decision, Donald Trump said that the US would increase tariffs against China even more and ordered American companies to find markets other than China.

The same day, the Dow Jones plunged by 500 points amid the decision by Beijing and further Trumps' reaction.

The decision was made as Trump bragged earlier in the week that he was "the chosen one" to punish China for years of "trade cheating".