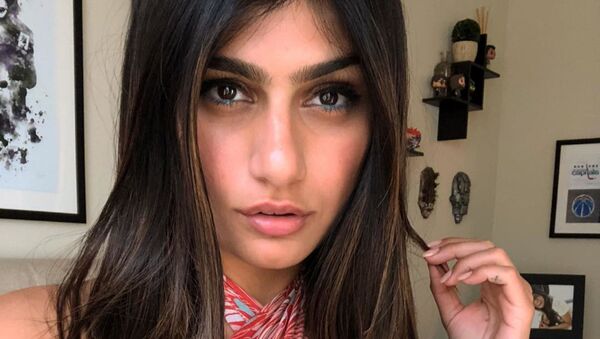 Mia Khalifa, the retired adult film actress who once famously performed a sex act while wearing a hijab, has revealed that she felt too “intimidated” to refuse to do the scene that earned her both world fame and condemnation.

In an interview on BBC HARDtalk, Khalifa, 26, recalled the moment she learned that the producers told her to sport a hijab for the scene.

“I verbatim told them, 'You guys are going to get me killed',” she said.

When asked what drove her to settle for it nevertheless, she answered: “Intimidation. I was scared.”

Khalifa (not her real name) conceded that she wasn’t being forced to have sex on camera – as it would qualify at rape – but was scared to voice her doubts anyway.

She explained: “Have you ever felt scared to – not scared, but nervous – to speak up and say something at a restaurant when your food’s not right and the waiter comes by and says, ‘how is everything?’"

“I was intimidated, I was nervous.”

"I verbatim told them 'You guys are going to get me killed', she said, adding she was too "intimidated" to refuse. pic.twitter.com/0raHNnCYAj

The hijab-wearing scene sent shockwaves across the Arab world, and Khalifa, who was born in Lebanon but is Catholic and not Muslim, claimed to have even received death threats from terrorists and been banned from several Muslim countries.

She quit the industry in early 2015 and joined an insurance defence firm as a paralegal, before working as a bookkeeper and a webcam model. An avid sports fan, she eventually moved from Miami to Austin, Texas to become a sports commentator.

But in retrospect, things turned out better for her than one could imagine. Khalifa decided to keep her pseudonym that once broke the internet, developed a formidable online presence (with just under 20 million followers across Twitter and Instagram), and has recently got married to a Swedish chef.