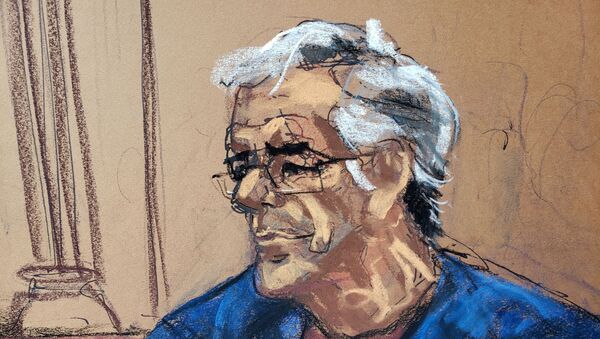 Spencer Kuvin, who accurately predicted that the shamed financier would not last until his trial, told Sun Online he had been contacted by an anonymous prison worker who claimed it was “highly unlikely” that Jeffrey Epstein had killed himself.

The prison source told Kuvin "every square inch" of the cells where Epstein was kept were covered by CCTV so there should have been a comprehensive video account of exactly what happened to Epstein.

Kuvin said the guard told him that the SHU (special housing unit) where Epstein was kept was “basically designed to be a jail within the jail” and there was a separate, even more secure unit, inside the SHU where the highest value targets were kept – including the financier.

“It was designed that way because of super high-value targets that are kept there such as terrorists, drug dealers and other extremely high-value targets or suspects like Mr Epstein. If reports that there is no CCTV are true - it would mean that they'd either shut the cameras off or they were not functioning in some way. He says there's no way that they would not have been able to see what was going on,” Kuvin told the Sun.

Kuvin said he also found it "highly suspicious" that Epstein's cellmate was taken from his cell on Friday, a few hours before Epstein's death. Epstein had been on suicide watch after he was found unconscious with injuries to his neck following a previous incident on July 24 - but was removed from it a few days before his death.

"What my source found very suspicious was that his cellmate was pulled the day before," he said, noting that cellmates for inmates who are placed on suicide watch are placed there to notify the guards if something were to happen."

Kuvin, who has met Epstein three times, says he can't imagine him having the "resolve" or "bravery" to commit such an act.

"He always seemed highly intelligent, arrogant, self-assured, confident. Never thought he did anything wrong, even in light of all the evidence against him, he basically just blamed the victims and had an incredible ego about himself and someone with that type of ego just never struck me as someone that could possibly commit suicide,” he said.

The lawyer suggested that somebody on the inside of the prison was paid to make it look like a suicide, and the guards were paid to disappear and his cellmate was taken so there would be no witness.

“I think the most likely scenario if it is not suicide - as I've said before - is that there were too many people that were afraid that he would talk about what he may have done with them and others. They just paid off someone to go into the jail and take care of him,” he said.

Kuvin, who represents three of Epstein's victims, says his victims now want to see a full investigation into what happened in the prison as well as to see some of his co-conspirators - many of whom have been named in various court documents – arrested, adding that Ghislaine Maxwell, Epstein's one-time girlfriend who has been repeatedly accused in court papers of grooming young girls, should be “highly concerned” about the possibility of arrest.