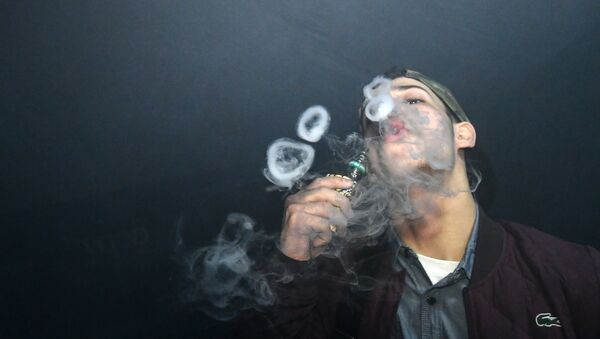 WASHINGTON (Sputnik) - An individual in the United States has died due to a respiratory illness linked to vaping which may be the first in the country, the state of Illinois Department of Public Health said in a press release.

"The Illinois Department of Public Health (IDPH) learned of the death of an individual who had recently vaped and was hospitalized with severe respiratory illness," the release said on Friday.

IDPH Director Dr Ngozi Ezike said in the release that the situation is alarming and word must get out that vaping or using e-cigarettes can be dangerous.

The Centers for Disease Control and Prevention (CDC) is helping to investigate the cases.

The release added that the number of cases of people reported to IDPH who have used e-cigarettes or vaped and have been hospitalized with respiratory symptoms has doubled in the last week.

Affected individuals experience respiratory symptoms such as coughing, shortness of breath, and fatigue, the release said.