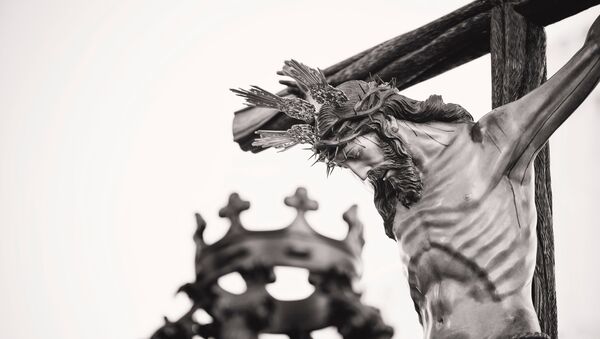 The researchers working on the site hope to learn more about the settlement in order to better understand its place in the Bible.

Archaeologists working on a dig site on the northern shore of the Sea of Galilee claim that they have discovered the ruins of the legendary settlement of Bethsaida, which is mentioned in the Gospels as the place where Jesus Christ healed a blind man.

According to Christianity Today, excavations started back in 2016 under the supervision of Professor Mordechai Aviam from the Kinneret College, with a small budget and an equally small team.

Operating under the assumption that a settlement existed at el Araj for over a thousand years spanning the Roman, Byzantine, Islamic and Crusader periods, the dig team first discovered the remains of a Crusader sugar factory "that had mostly reused still-standing Byzantine walls" at the site, later unearthing a Byzantine monastery accompanied by a church.

The two probes dug by the team below the Byzantine floors yielded Roman pottery and a considerable number of coins but no Byzantine objects; the team also found a layer of silt they later traced to the Jordan River.

As the media outlet points out, the researchers now hope to learn more about Bethsaida in order to expand their knowledge about the settlement’s place in the Bible.

News of the development comes after archaeologists announced the discovery of the fabled Church of the Apostles which, according to Christian tradition, was built over the home of Peter and Andrew, the disciples of Jesus Christ, in Bethsaida.