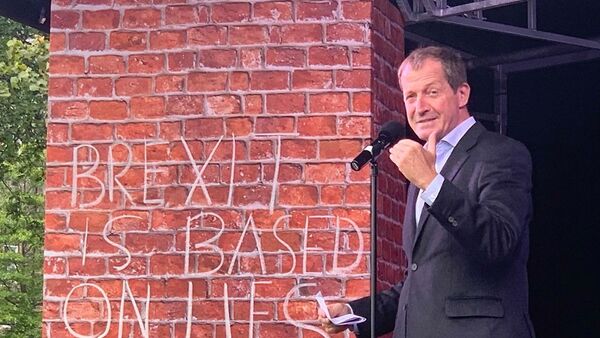 Jason Dunn
All materialsWrite to the author
As the clock runs down to the deadline on the UK's exit from the EU on 31 October, the campaign for a second vote and to remain in the EU has accelerated. Boris Johnson's declaration that he will leave the EU even without a deal has invoked feelings of nationalism in Scotland as well pro-EU sentiment.

Hundreds braved the dire signs of rain to attend a 'People's Vote' rally at The Meadows in Edinburgh on Thursday afternoon.

The People's Vote campaign has been the most vocal of those who following the vote to leave the European Union in July 2016 have called for a second vote to be held with the option of remaining in the EU, and its efforts have been ramping up with just 4 months to go until the UK officially leaves the bloc on 31 October. 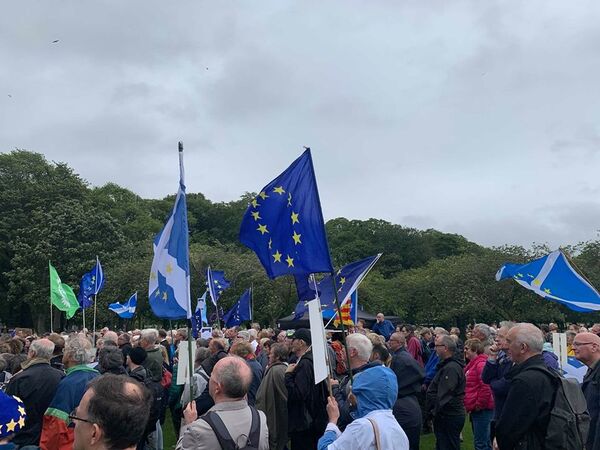 Wasting no time with the big names, the event kicked off with the Labour MP for Edinburgh South Ian Murray donning a 'People's Vote' shirt, he told the crowd that: “The dream died when they realised they had to deliver Brexit and what they promised couldn’t be delivered”.

“The dream died when they realised they had to deliver Brexit and what they promised couldn’t be delivered.”@IanMurrayMP speaks at our #LetUsBeHeard rally in Edinburgh. The only way through this #Brexit crisis is a #PeoplesVote pic.twitter.com/hM9gKcFWMb

Jess Phillips, who has made a name for opposing both her party's line on Brexit as well as staunchly criticising the elected leader of the Labour Party, from accusations of anti-Semitism to his strength as a unifying figure.

The MP for Birmingham Yardley, which voted leave in the 2016 referendum, defended herself against accusations of treachery for her stance, sacrificially saying she would be willing to lose her seat if it meant "doing the right thing."

She later said that even if the UK were to leave with a no-deal on October 31 "that isn’t the end of Brexit.”

Phillips also described the PM as a “man-baby” for his attempts "to look a bit tough and say I don’t care, we’ll leave no matter what.”

Alastair Campbelll, the ex-spin doctor for Tony Blair, emerged next to dominate the stage, bringing up Hazel Jones, a 71-year old dubbed 'Graffiti Granny' after she was spotted tagging walls around her community with anti-Brexit messages.

Campbell, who was expelled from the Labour Party for voting for the Liberal Democrats in the 2019 EU elections, declared that he is "still Labour" and explained his vote in the EU elections as a protest vote against Brexit.

He also attacked Prime Minister Boris Johnson for embarrassing the UK with his "arrogance" and poor behaviour towards European leaders, citing the recent spectacle of Johnson placing his foot on French President Emmanuel Macron’s table.

What kind of person is Boris Johnson?

Well, we have written proof he is a nasty racist git and we have photographic evidence he is a total gittish #cycligan oik. The disgusting type who puts his muddy/dog messed feet up on the opposite seat on a train or worse, on the table! pic.twitter.com/jNfeJX9bZD

“It might sound trivial but it just shows a complete arrogance and disrespect."

“It also takes away attention from what Angela Merkel did yesterday and what President Macron did today in pointing out some very, very awkward truths about Johnson’s so-called negotiating position.”

He didn't shy away from launching criticism against his own party leadership, saying that he refused to believe in the claims of a "jobs first Brexit" made by Labour Leader Jeremy Corbyn, to whom he has had historic opposition.

The former communications directly appealed to optimism for the future of the People's Vote campaign.

"Theresa May said hundreds of times we are leaving on March the 29th no if's no buts, we'll be out. We are not out, she's out," he said.

Speaking after the event regarding support for a potential 'Government of National Unity' with Jeremy Corbyn as Prime Minister to stop a no-deal Brexit, Campbell said: "I'd do anything but I don't think it's going to happen."

When asked what he would do if leave were to win a potential second referendum, he conceded just by saying: "That's it. Absolutely."

The Edinburgh @peoplesvote_uk crowd doing a reverse Farage - turning to salute the wonderful anthem that is Ode to Joy. pic.twitter.com/1NqHBQryu2

SNP MP Joanna Cherry also took the chance to attack Johnson, saying it won't be him affected by Brexit, but it will harm people in her constituency.

Her calls for independence were met with less enthusiasm, however she explained that while she wishes for an independent Scotland, she will also fight to keep the entirety of the UK in the European Union. 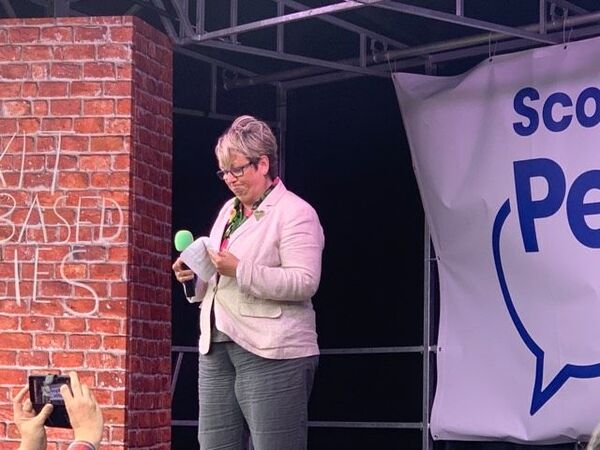 The rally coincides with Boris Johnson's trip to Berlin and Paris to meet with EU leaders, in an attempt to get the Irish Backstop removed from the UK's EU Withdrawal Agreement, which is designed to prevent a hard border between Northern Ireland and the Republic of Ireland by keeping Northern Ireland in the Customs Union. 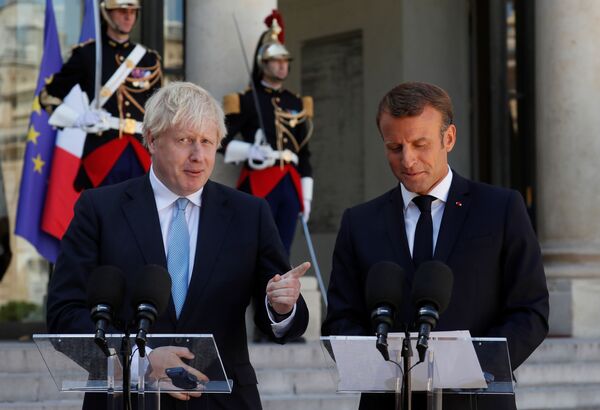 German Chancellor Angela Merkel said she would give the Prime Minister "30-days" to come up with an alternative to the backstop.

French Premier Emmanual Macron also gave assurances that he would allow for some alterations to the Withdrawal Agreement.

The news was seemingly promising for the new Prime Minister, as he was seen punching his hands into the air as he returned to 10 Downing Street, as reporting in The Express.

The biggest potential challenge to a no-deal Brexit however, comes from Labour Leader Jeremy Corbyn, who announced earlier this month that he will put forward a vote of no confidence in the Boris Johnson government.

The motion would hope to gain support from other opposition parties to bring down the Conservative Government and form a 'Government of National Unity' to stop no-deal and call a general election.