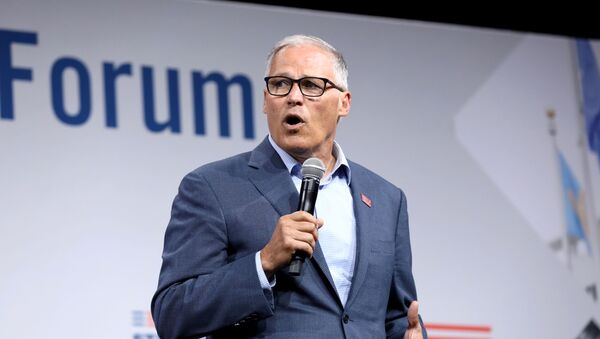 Washington Governor Jay Inslee announced his intention to run as a Democratic candidate in early March this year. In his video address, the Governor of Washington drew attention to the fact that his main goal during the election campaign would be to combat climate change.

On Wednesday, Jay Inslee announced that he would not run for the Democratic Party nomination in the 2020 presidential elections.

Inslee announced his decision during a show on the MSNBC television channel, noting that statistics pointed to him being unlikely to break out into the leaders.

"I'm not going to be the president, so I'm withdrawing tonight from the race," Mr Inslee said in an interview.

Jay Inslee also noted that he appreciates his election campaign team and thanked the 130 thousand people who supported him. The governor also expressed confidence that there will be a candidate, "who will be able to fight in this battle."

The next US presidential elections will be in November 2020, and the incumbent President Donald Trump is expected to run for a second term. Earlier, Senator Bernie Sanders and several other well-known representatives of the Democratic Party announced their intentions to run for president.