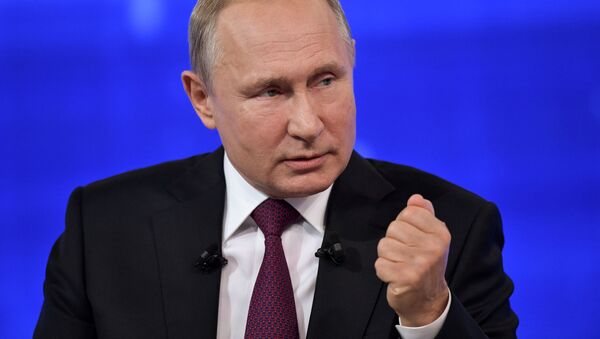 MOSCOW, (Sputnik) - The film will include interviews with the Russian leader himself, his close circle and those most impacted by his actions, as well as archive materials.

"To understand what is happening in the world right now, it is necessary to understand Vladimir Putin. Putin has shown his staying power as one of the most formidable politicians of the 21st century. This series will explore how as a former spy he has redefined politics and the impact this has had globally", Executive Producer James Rogan said, as quoted in a press release.

According to the press release, the series will show how his power has changed the modern world.

"This landmark series will show how Putin brought his knowledge of spy-craft to define the presidency of a nuclear power ... It will explore how Putin’s personal experiences have influenced his politics, how modern Russia has been created through an acute sense of betrayal, pride and anger, and how Putin's values have been exported around the world — from Crimea to Salisbury to Washington DC", the press release read.

The series will be filmed in Russia, the United States, Europe and the United Kingdom.