Homeless Kids in Containers – Tories Really Are Rotten and Rancid 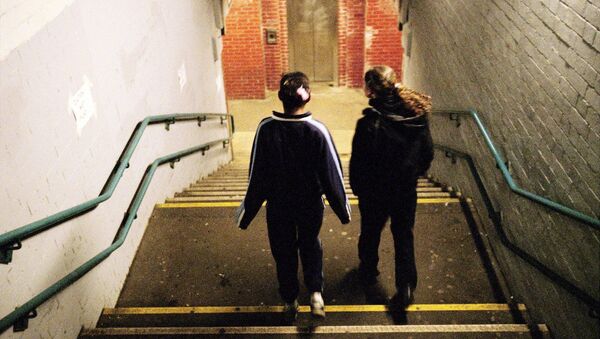 Tommy Sheridan
All materials
After years of cuts to local council budgets and criminal neglect of the need for new affordable social housing 585,000 children in England are homeless or at severe risk of homelessness while 120,000 children are being raised in inadequate, cramped and even dangerous temporary accommodation.

England is supposed to be a rich country, one that Boris Johnson promises to be the best place in the world to live in, “the greatest place on earth”, yet tens of thousands of homeless children are condemned to life in converted shipping containers, former office blocks and bed and breakfast rooms suitable for two accommodating families of four and five. Homeless children are more vulnerable and their natural development is undermined by lack of space and the security of a warm and adequate home.

Some of these vulnerable homeless kids are being condemned to live in spaces equivalent in size to a car parking space! In 21st Century England with more billionaires and millionaires ever in recorded history we witness children being forced to live in spaces no bigger than a car parking space! I find that outrageous and completely unacceptable. If you don’t then you are part of the problem.

The National Society for the Prevention of Cruelty to Children (NSPCC) commented:

“These descriptions of pokey, dangerous conditions belong in a Dickensian novel, but instead they paint a picture of life in the 21st century for many families”

The politicians in charge of the UK today are not just your usual bunch of self-serving, selfish, insulated and incompetent elites who haven’t a clue about life on low wages, pathetic benefits and rundown housing schemes, they are a bunch of cold, cruel and callous bastards who should be prosecuted for crimes against the poor and vulnerable.

‘Bleak houses’ must be a wake-up call to everyone in England with a human heart in their bodies. How can you possibly vote for a Tory or Lib-Dem candidate with this track record of economic and social vandalism and ruthless punishment of the poor and disabled for the crimes of the bankers and the rich on their CV’s? This Report is not exceptional. It is not sensationalised. It is consistent and comparable with all the other Reports which expose Tory and Lib-Dem austerity policies as rancid and rotten.

In the paper the author Dr Chris Grover, head of Lancaster University’s Sociology Department, cited 2015 research claiming there were an extra six suicides for every 10,000 work capability assessments, known as 'fit-for-work' tests.

He also quoted research or news stories about increasing numbers of people dying of malnutrition; and increasing numbers of homeless people dying on the streets or in hostels. After the article was published his Report was wholly underlined by official government figures which showed deaths of homeless people rose 24% in five years, with 597 dying in 2017.

Independent United Nations Reports have also consistently slammed Tory Government welfare cuts and austerity policies, including the Lib-Dem coalition government from 2010-2015, as ‘harsh’, ‘cruel’ and ‘unnecessary’ causing ‘pain and misery’ for millions of poor and vulnerable people across the UK. Professor Philip Aston is the United Nations Special Rapporteur on extreme poverty and human rights with vast knowledge and experience accumulated over many years of in-depth research and visits to different countries. His assessment of the UK was truly shocking as he summarised the results of years of Tory austerity policies:

“The results? 14 million people, a fifth of the population, live in poverty. Four million of these are more than 50% below the poverty line, and 1.5 million are destitute, unable to afford basic essentials. The widely respected Institute for Fiscal Studies predicts a 7% rise in child poverty between 2015 and 2022, and various sources predict child poverty rates of as high as 40%. For almost one in every two children to be poor in twenty-first century Britain is not just a disgrace, but a social calamity and an economic disaster, all rolled into one”

Even though this respected UN Rapporteur called out the result of Tory Government policies as a ‘social calamity and an economic disaster rolled into one’ he was dismissed by government sources and the compliant mainstream media largely ignored his Report.

The solution to the homeless crisis and economic malaise which millions are trying to survive in is not rocket science. The Housing charity Shelter has long argued that three million affordable homes to rent have to be built across the UK over the next 20 years. That requires political will and considerable public investment. However economic impact assessments have consistently shown that house building is not just a cure for homelessness it is also a major economic boost to the whole economy. Increasing the supply of affordable housing by only 100,000 will increase jobs by 430,000 and generate widespread economic benefits as a result. For every fifty thousand houses built approximately seventy five thousand direct jobs are created and fifty thousand indirect jobs are supported.

Boris Johnson, Iain Duncan Smith, Theresa May, Michael Gove and others, including Lib-Dems Jo Swinson and Nick Clegg, are guilty of cold and callous policies designed to impoverish and punish the poorest and most vulnerable in society for the benefit of the rich and powerful. If this latest Report, ‘Bleak houses’, doesn’t prevent you ever voting Tory or Lib-Dem in the future then the chances of you possessing a heart in your body are very ‘bleak’ indeed.