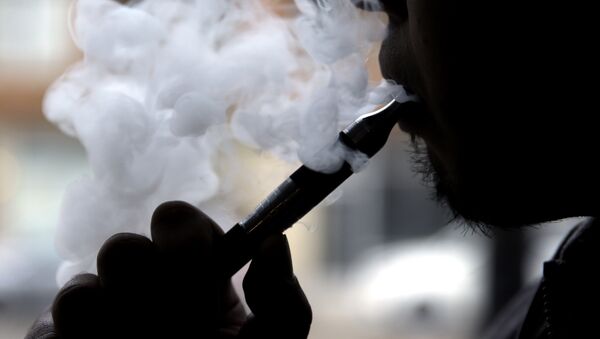 E-cigarettes have been considered a safer alternative to smoking conventional cigarettes and have been used to 'vape' both nicotine and THC. However, their actual safety has long been met with scepticism.

A study published on Tuesday in the medical journal Radiology has revealed that E-cigarettes may in fact damage a user’s blood vessels even after just one use.

E-cigarettes or 'vapes' are often championed as safer alternatives to regular cigarettes, invented specifically by a Chinese pharmacist to prevent cancer and other smoking-related diseases. 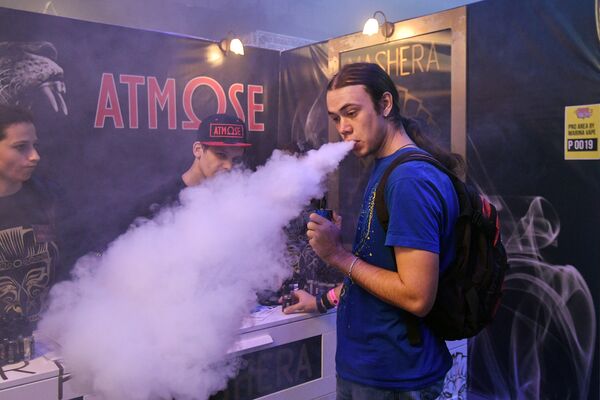 A visitor to RusskiVape, the third professional vape industry expo in Moscow
© Sputnik / Vladimir Pesnya
/
Go to the photo bank

Researchers from the University of Pennsylvania oversaw 31 MRI exams on 31 healthy, non-smoking adults and measured blood flow before and after smoking an e-cigarette without nicotine.

The subjects were aged between 18 and 35 and were asked to take 16, 3-second hits from the vaping device.

Researchers found a change in the femoral artery, the artery which carries blood to the thigh and leg, after a “single episode of vaping,” according to a press release put out by Penn Medicine.

“To evaluate vascular reactivity, researchers constricted the vessels of the study participants’ thigh with a cuff and then measured how quickly the blood flowed after its release. Using a multi-parametric MRI procedure, researchers scanned the femoral artery and vein in the leg before and after each vaping episode to see how vascular function changed,” the publication explained

“The endothelium, which lines the inside surface of blood vessels, is essential to proper blood circulation. Once the endothelium is damaged, arteries thicken, and blood flow to the heart and the brain can be cut off, resulting in heart attack or stroke,” the researchers added.

Alessandra Caporale, the lead author of the study, claims that the results demonstrate “significant changes” to the inner lining of blood vessels following a vaping episode.

The researchers said that despite further study being necessary to establish the long-term negative physical effects of vaping, their findings show that e-cigarettes are “potentially much more hazardous than previously assumed.”

The Centers for Disease Control and Prevention (CDC) are investigating if a string of reports of lung problems reported across the country is linked to vaping.

The federal health agency announced it’s “providing consultation” to health authorities in California, Illinois, Indiana, Minnesota, and Wisconsin “about a cluster of pulmonary illnesses linked to e-cigarette product use, or ‘vaping’ primarily among adolescents and young adults.”

Patients all claimed to have experienced similar problems including chest pain, cough, shortness of breath, and vomiting in some cases.

Both nicotine and THC have been found to be vaped by teens. THC is the psychoactive chemical in marijuana that produces the 'high' effect.

A specific chemical responsible for the changes was not identified.